Tottenham should continue their Swansea dominance

But goals may not flow at Wembley 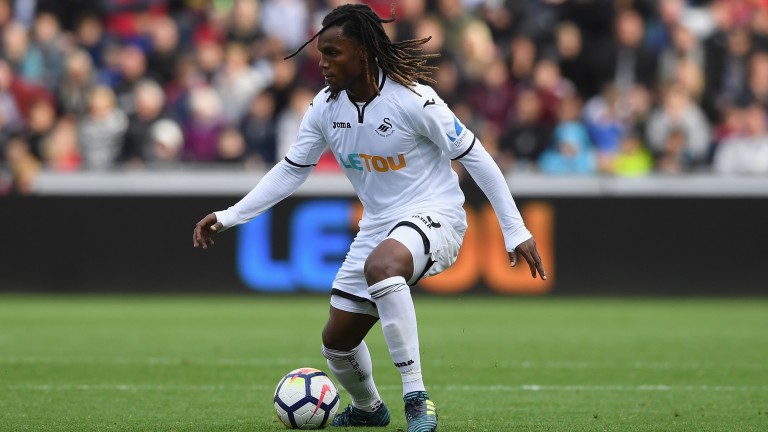 Swansea more than anyone will be delighted that Tottenham have moved from White Hart Lane, where the Swans have lost on all six of their Premier League visits, but it’s still hard to have much faith in Paul Clement’s men as they prepare to take on Spurs at Wembley.

Four games into the new season the Swans have yet to take off.

A lack of pace or much of a goal threat cost them at home to Newcastle last weekend when they slumped to a 1-0 defeat despite dominating possession.

It means they haven’t scored in three of their four games and will be inevitably less potent minus deadline-day departures Gylfi Sigurdsson and Fernando Llorente.

They look short of zip in the final third and can expect to be punished for that. Spurs in a game featuring under 3.5 goals looks a fair play.

Certainly Spurs are on a high, though odds of 1-4 are an overreaction to a decent week.

The 3-0 win at Everton last weekend was an absolute masterclass and while they were still very good in beating Dortmund 3-1 at Wembley in the Champions League on Wednesday, they had their share of dodgy moments.

Dortmund, of course, are a cut above Everton and, therefore, Swansea, but it’s not wise to get carried away by Tottenham’s form. Don’t forget that before the international break they lost 2-1 at home to Chelsea and drew 1-1 with Burnley.

But they should still have too much for the Swans, who don’t look much this season.

Swansea's bunker mentality at Southampton on the opening day earned them a 0-0 draw but that was against a Saints outfit who are woeful around the penalty box. Presumably Clement’s men will again try to absorb pressure but the difference this time is that they are up against an attacking unit which is way superior to Southampton’s.

Harry Kane has bagged braces in his last two and there is always former Liberty Stadium saviour Llorente to summon if Mauricio Pochettino requires more firepower. Dele Alli, meanwhile, has had the week off courtesy of a European ban, so will be fresh.

Thirteen of Swansea’s last 15 Premier League matches have produced three or fewer goals, and five have ended in defeat. Four of those losses were on their travels.

Clement may have a problem with new talisman Renato Sanches, with some suggesting the Portuguese youngster was effectively shunted out of Bayern with attitude issues. He certainly looked off the pace against Newcastle while re-signed Wilfried Bony may have to settle for a place on the bench because he’s not 100 per cent.

Spurs should be too strong, but there’s a good chance they will be feeling the effects of the last week and the game could easily peter out, another reason why it may not be a goal feast.

But Tottenham, who have never lost to Swansea in 12 Premier League clashes, ten of which were wins, should have enough to comfortably claim another three points.

Key stat
All of Swansea’s last seven away league games have produced under 2.5 goals.