Jason Roy can take responsibility with the bat 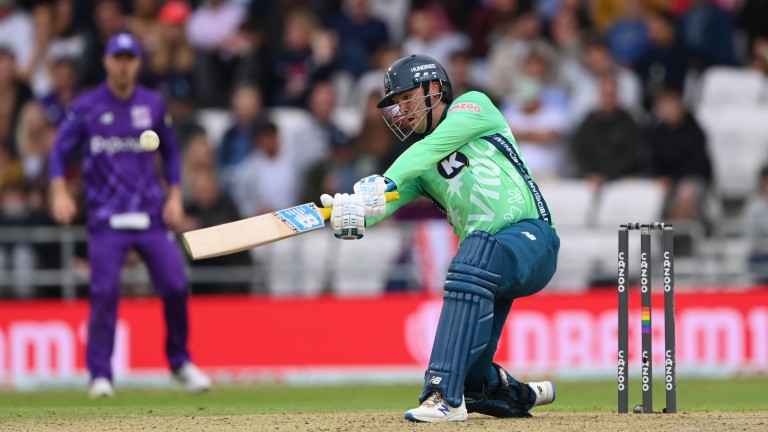 A number of men's teams in The Hundred have been hit hard by players being called up for England duty but both Oval Invincibles and Welsh Fire pose dangers at the crease in the absence of key players.

Welsh Fire have won two of their opening three matches at the tournament with Jonny Bairstow proving crucial to those two victories with totals of 56 and 72 before being drafted in for England's upcoming Test series with India.

And although they suffered a seven-wicket defeat against Manchester Originals in his absence, Fire still managed to hit the 150-run mark.

Sam Curran may not have covered himself in glory in his only appearance in the tournament before departing for England duty but his loss was nonetheless concerning for the Invincibles.

However, in Jason Roy they have an able runscorer and the opening batsman stepped up to the plate against Northern Superchargers with an unbeaten 52 last time out.

Roy also scored four boundaries on his way to a knock of 20 in the tournament curtain-raiser against Manchester.

And the Englishman managed 106 runs for his country in a recent Twenty20 international series against Pakistan, so could be a decent selection to top score for his side against Welsh Fire.