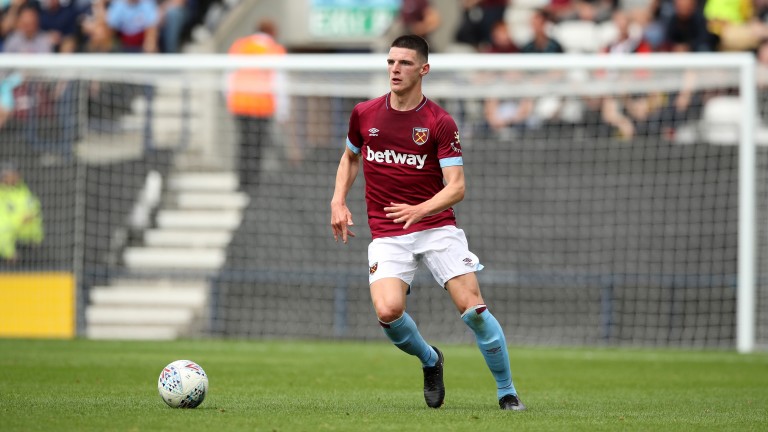 Martin O'Neill has selected a 31-man provisional squad for Ireland's Nations League opener against Wales next month but has omitted West Ham youngster Declan Rice, who is considering switching his international allegiance to England.

Rice has featured three times for Ireland but it yet to play for them in a competitive match.

O'Neill said: “He has done brilliantly for us. I'm giving him a little bit of time.”

Paddy Power belive Rice may be tempted to declare for the Three Lions and quote him at 8-11 to plump for England and evens to stay with Ireland.

Scotland manager Alex McLeish has selected uncapped Hearts defender John Souttar in his 23-man squad for next month's matches at home to Belgium and Albania - the first game is a friendly and the second a Nations League tie.

Midfielder James McArthur (back) will not be considered for the time being and Robert Snodgrass and Matt Ritchie have been overlooked.

Stuart McCall has returned to management after being handed the reins at Sky Bet League One strugglers Scunthorpe. The Iron are 14-1 to be promoted and 6-1 to be relegated.

The 54-year-old had been out of work since he was sacked by Bradford in February this year.

McCall replaces Nick Daws, who was dismissed after Scunthorpe's 5-0 loss at home to Fleetwood last Wednesday.