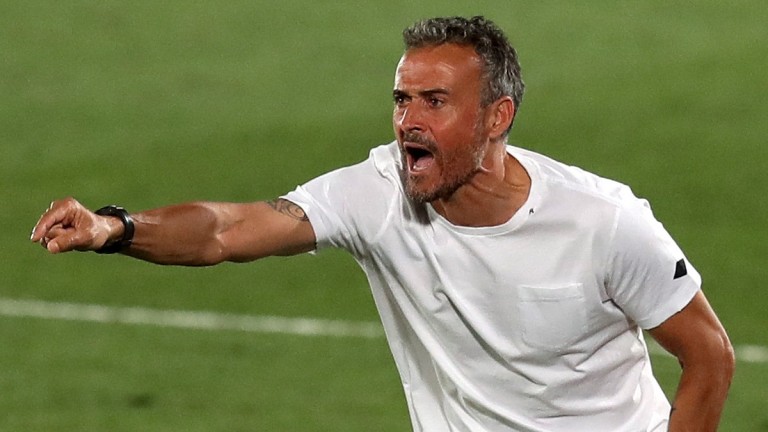 Netherlands will go into Euro 2020 a man lighter in midfield after confirming Manchester United player Donny van de Beek will miss the tournament through injury.

The Dutch are 4-11 with Betfred to top Group C, which also features Ukraine, Austria and North Macedonia, and can be backed at 14-1 to lift the trophy at their first major tournament since 2014.

The competition kicks off in Rome on Friday when Turkey face Italy in Group A.

Van de Beek was limited to only four league starts in his debut Premier League season for Manchester United and has withdrawn from the Netherlands squad but the Dutch FA revealed coach Frank de Boer will not be replacing the midfielder.

They open their campaign against Ukraine in Amsterdam on Sunday and are 4-6 with Betfred to get off to a winning start against Andriy Shevchenko's team, who are 11-2 to pull off a surprise.

Spain are a best-priced 8-1 to win Euro 2020 but their preparations have been disrupted by a positive Covid-19 test from captain Sergio Busquets.

La Roja had to pull out of their final Euro 2020 warm-up contest against Lithuania with their Under-21s team playing the match instead while the first team isolated and tested negative.

As a result Spain have set up a six-man parallel training bubble featuring Chelsea's Kepa Arrizabalaga, Leeds United's Rodrigo and West Ham's Pablo Fornals who can be called on if there is a coronavirus outbreak within the main squad.

The Spanish are 15-8 to be eliminated in the last 16 and are 4-11 favourites to top Group E, in which they will play Sweden, Slovakia and Poland, who themselves have been dealt a blow after key forward Arkadiusz Milik withdrew from the squad due to injury.

The Marseille striker has scored 15 goals in 59 appearances for his country and there is now added pressure on marksman Robert Lewandowski to perform with the Poland and Bayern Munich talent 25-1 to win the tournament's Golden Boot.

Sweden will also be without exciting wide player Dejan Kulusevski for at least their opening match with Spain after he tested positive for Covid-19. Janne Andersson’s are 8-15 to reach the knockout stages.