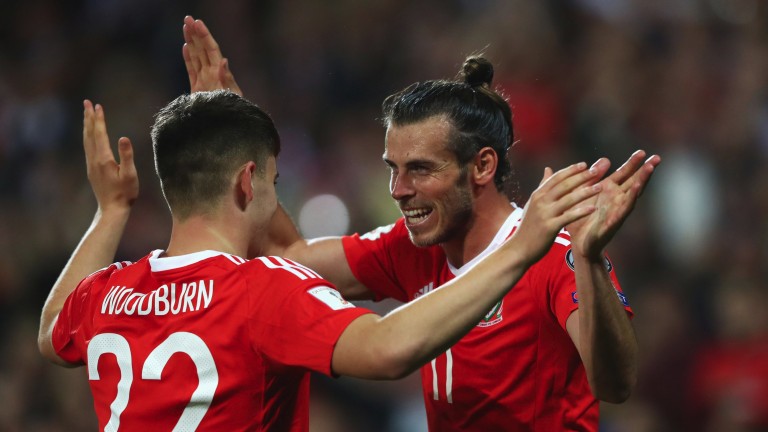 Wales reignited their World Cup qualification campaign with deserved 1-0 success at home to Austria on Saturday and can make it a perfect four days by beating basement boys Moldova in Chisinau.

After coming through such a tense occasion against the Austrians, Wales will be desperate to keep their foot on the pedal.

Moldova are the obvious weak links in the group and have not picked up any points from their five matches against the top four teams.

They have not won a competitive international since a 5-2 victory away to Montenegro in October 2013 and were brushed aside 4-0 by Wales in Cardiff last September.

The best players among an ordinary group are midfielder Artur Ionita – a regular for Serie A side Cagliari – and captain Alexandre Epureanu, who plays for Turkish big-spenders Istanbul Basaksehir.

However, there is nothing for Wales to be frightened about as they set about trying to secure a vital three points.

Chris Coleman's hand is strengthened by the availability of key midfielder Joe Allen and left-back Neil Taylor, who have completed suspensions, and he must be sorely tempted to hand a first start to 17-year-old Liverpool winger Ben Woodburn, who came off the bench to score a glorious winning goal against Austria.

Wales started the match against Austria in unconvincing fashion but improved with every one of Coleman's three substitutions.

The most important aspect was the half-time introduction of midfielder Andy King for right wing-back Jazz Richards, which marked a shift from Wales's usual three-man defence to a flat back four.

It worked a treat, allowing Wales to find their feet in midfield, and Coleman may decide to stick with the 4-2-3-1 against Moldova.

They finished the game against Austria firmly in the ascendancy and, if maintaining the same standards, it will not be long before they hit the front against Moldova.

Coleman's side are likely to be in command by the break and the best way to get behind them is to back Wales-Wales on the half-time full-time market at odds-against.

Team news
Moldova
Midfielder Alexandru Gatcan picked up an injury while playing for Rostov and was unavailable to be chosen in the original squad.

Wales
Ben Woodburn is pushing for a start after his match-winning contribution against Austria. Joe Allen and Neil Taylor are available after suspensions.

Key stat
Moldova have not won any of their last 17 competitive matches.