Tuesday football tips: Atalanta can get the better of injury-hit Swiss side 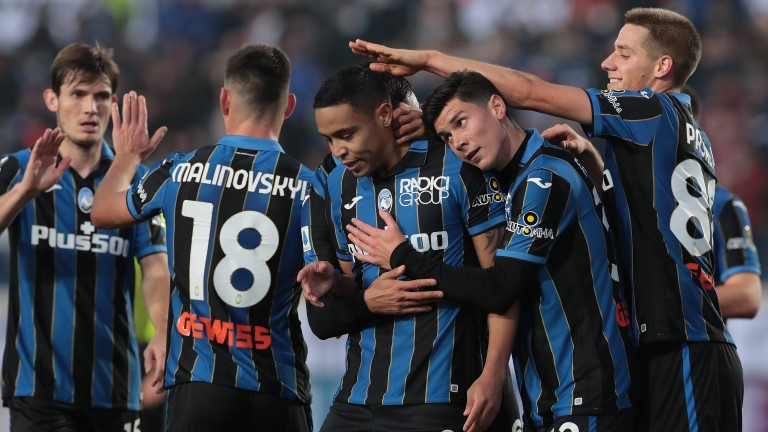 The penultimate round of Champions League group matches start on Tuesday with plenty of teams still in contention for a knockout berth.

Manchester United head into their match with Villarreal with Michael Carrick in charge following Ole Gunnar Solskjaer's weekend dismissal, while Chelsea continue their pursuit of top spot in Group H with a key clash against Juventus.

Shot-shy Birmingham are worth opposing in their Midlands derby clash with Coventry in the Championship while Young Boys, who have lost their last three games in the Champions League, look a good bet to lose to Atalanta.

There is more confidence in the Barcelona camp now Xavi is in charge and he can lead them to victory over Benfica while the four-fold, which is just over 9-1 with Hills, is completed with Zenit to beat Malmo.

Click here to add selections to your Hills betslip

Even though Solskjaer has been dislodged from his position as United boss, the Red Devils are still worth swerving in the match result market against Villarreal. Instead, goals could be the way to go - the Manchester club have conceded an average of three goals per game in their last five league assignments.

Best bet
Both teams to score & over 2.5 goals

Juventus defended bravely in their win over Chelsea in Turin earlier in the Champions League group phase and, having scored in each of their last 14 away games, they look well poised to take a point off the Blues at Stamford Bridge.

Young Boys are facing something of an injury crisis heading into this week's clash with Atalanta and, having lost three group games on the spin, they are worth opposing against the club from Bergamo.

With eight goals in four matches, Robert Lewandowski is the leading scorer in this season's Champions League and can add to his tally against Dynamo Kiev, who have been among the weakest sides in the competition this term. He is a decent bet at 21-10 with bet365 to score first.

Bolton have lost seven of their last 11 league games, all of them to nil.

Click here to read our EFL best bets for Tuesday

FIRST PUBLISHED 5:20PM, NOV 22 2021
Young Boys are facing somewhat of an injury crisis heading into this week's clash with Atalanta