Wednesday could put a dent in Sheffield rivals' promotion challenge 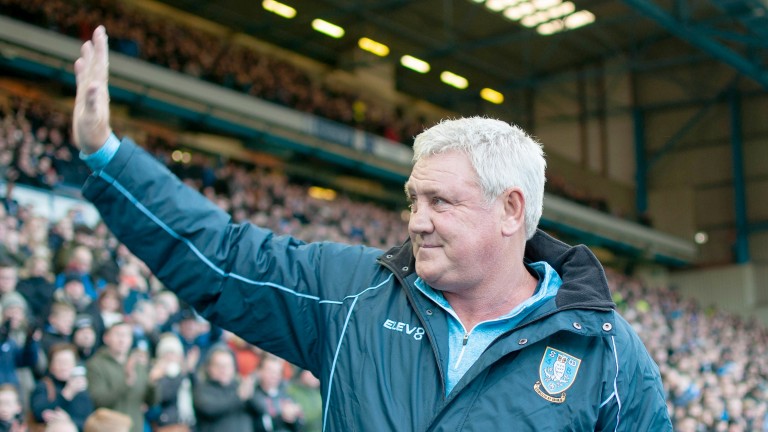 Steve Bruce's Sheffield Wednesday are still in the hunt for a playoff spot
George Wood
1 of 1
By Dan Childs 8:00PM, MAR 3 2019

Sheffield Wednesday had to withstand an onslaught to secure a 0-0 draw at Sheffield United in November but the Owls are in much better shape for the renewal of derby hostilities and look overpriced to bag a vital victory.

United arrive at Hillsborough with the aim of maintaining their push for automatic promotion in the Sky Bet Championship. However, there is also plenty riding on the game for the hosts, who are emerging as surprise playoff contenders.

A relegation battle seemed to be looming for Wednesday when Jos Luhukay parted company with the club in mid-December.

The Dutchman's cautious approach had alienated the fans and he left with the Owls in 18th place, only five points above the relegation zone.

However, his departure changed the mood around the club and their results and performances were improving a long time before Steve Bruce formally took up his position just over a month ago.

Since Luhukay's departure, the Owls have won five, drawn five and lost one of their 11 Championship matches.

If they carrying on picking up points at the same rate (1.82 per game) they might not be too far away from the top six by the end of the season.

Promotion still looks a long shot for Wednesday but they played with plenty of positive intent and confidence when defeating Brentford 2-0 at Hillsborough on Tuesday.

It was a well-deserved win over a side renowned for playing a high-tempo, passing brand of football and that should stand them in good stead for the challenge of taking on the Blades.

United approach every game with the intention of dominating their opponents and their bold style of play, which places offensive responsibilities on two of the three centre-backs, can be difficult to cope with.

They put their opponents under intense pressure and get a lot of balls into the box, allowing predatory striker Billy Sharp to demonstrate his finishing skills.

Sharp, scorer of 22 league goals this season, is the main danger to Wednesday although regular strike partner David McGoldrick is also having a decent season, scoring 11 time in the league.

Wednesday will need to defend well but the key to getting a good result is to continue doing what they did against Brentford and fight fire with fire.

Steven Fletcher bagged a brace against the Bees, taking his league tally to eight, and fellow attacker Fernando Forestieri put in a livewire performance that suggested he is finally getting over persistent injury problems.

Forestieri thrives on confidence and his new manager Bruce gave him a boost recently by describing him as one of the best players in the division.

Wednesday will hope his partnership with Fletcher can take them closer to the top six and the dangerous forwards could be crucial in blunting the Blades' title hopes.

Team news
Sheffield Wednesday
Jordan Thorniley (concussion) and Morgan Fox (back) may return to the squad but Achraf Lazaar (hamstring) is out.

Sheffield United
Jack O'Connell (hamstring) and George Baldock (calf) are back in contention and John Egan has recovered from a minor injury.

Key stat
Sheffield Wednesday have lost only one of their last 11 Sky Bet Championship matches.