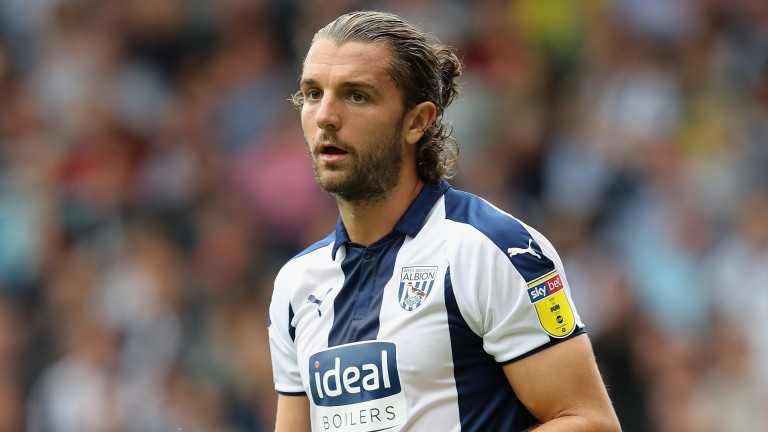 Leeds missed the chance to go top of the Sky Bet Championship when losing 1-0 at QPR on Tuesday and could waste another summit-scaling opportunity when facing promotion rivals West Brom at Elland Road.

Albion's away record – ten wins, three draws and four defeats – is the best in the EFL and maximum points will be their aim in Yorkshire.

A contrast in styles is certain, with Leeds looking to press high and dominate possession while Albion sit in and play the counter-attack.

In the reverse fixture at the Hawthorns last November the tactical battle went decisively the way of the Baggies, who triumphed 4-1 despite amassing a meagre 28 per cent share of possession.

West Brom's counter-attacking style worked a treat on that occasion and has served them well in difficult away games at Norwich and Sheffield United, which they won 4-3 and 2-1.

That Darren Moore's side have done so well in the big games should not come as a surprise because they possess some of the best quality attacking players in the division.

Dwight Gayle and Jay Rodriguez are neck and neck in the Albion scoring charts with league tallies of 16 and 17 and the fallout from the departure of Leicester loanee Harvey Barnes has been partially offset by the loan capture of Newcastle winger Jacob Murphy, who has an excellent record in the second tier.

Albion's 67-goal tally – 12 more than Leeds - is the second-highest in the division and their outstanding attacking qualities are crucial in their quest for an immediate return to the Premier League.

Leeds do not possess as much individual quality and their tight squad becomes heavily reliant on younger players whenever injuries and suspensions bite.

However, they have made huge progress thanks largely to the input of Marcelo Bielsa, who has transformed them from an inconsistent team to an ambitious, driven outfit which plays on the front foot, irrespective of the opponent.

Leeds supporters have been hugely supportive of Bielsa's work but a crucial few months lie ahead because the Argentinian is refusing to commit to the club beyond this season.

It may be the case that only promotion would persuade him to stay and the chances of going up are receding after a downturn in results.

Since the Spygate story broke in the run-up to the 2-0 win at home to Derby, Leeds have won three, drawn one and lost three of their league games.

Star striker Kemar Roofe has been sidelined for the last two weeks with a knee injury and there was a distinct lack of spark in the Leeds attack as they slipped to defeat at Loftus Road this week, handing QPR their first points since New Year's Day.

Against QPR, Leeds's work in midfield was often slick and precise but they did not look quite right in both boxes.

Bielsa's boys haven't kept a clean sheet since the Derby fixture and defensive frailties may cost them again against arguably the strongest attack outside the Premier League.

Team news
Leeds
Jack Clarke (virus) and Kemar Roofe (knee) are out and Marcelo Bielsa has confirmed that he will go with the same starting line-up and bench.