Bohemians can bring Drogheda back down to earth 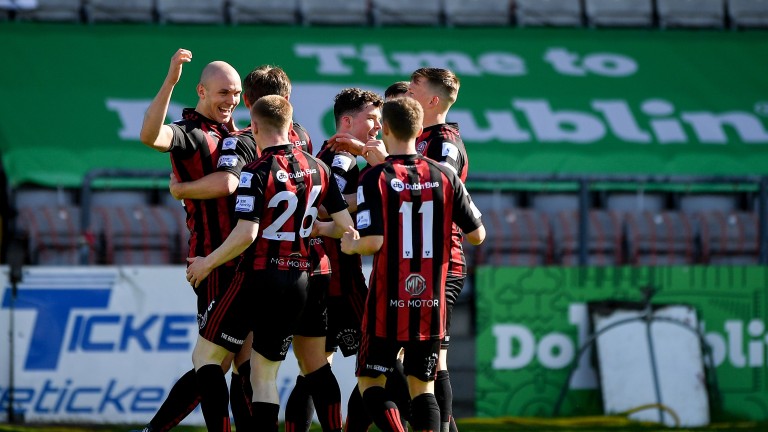 Free football tips, best bets and analysis for this weekend's action in the League of Ireland.

It's unlikely anyone would have predicted Drogheda being four points ahead of Bohemians after 15 games.

United's amazing return of 25 points sees them eight ahead of Dundalk, too. But Bohs, with some supporters back at Dalymount Park, should be too strong for United on Friday evening. They were by far the better team when they clashed in Louth and are only improving.

They make the short trip to Ballybofey and arguably deserve to be favourites against Finn Harps, yet slight odds-against is available about Derry on the Asian handicaps. Finn Harps' last five home games have seen them score two and pick up one point.

Dundalk have recalled Vinny Perth as manager in a surprise move. They are deeply unreliable and it's a major gamble bringing back Perth. Longford Town will smell blood and can keep things tight at Oriel Park, where Waterford scored three last week having netted only four all season previously.

In Division 1, Shelbourne are running away with it already. Shels played the second, third and fourth ante-post favourites in their last three and scored ten goals in the process. Wexford should do better under Ian Ryan but this is asking too much.