United can build on impressive win at Mansfield by beating Cheltenham 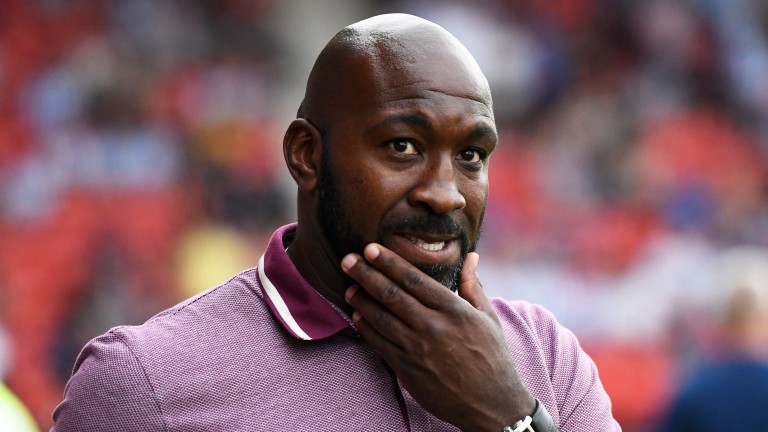 Cambridge are being overlooked in the markets despite topping League Two for the last five weeks and they are overpriced to defeat promotion rivals Cheltenham at the Abbey Stadium.

The majority of games in the fourth tier are decided by fine margins but Cambridge have been more consistent than most and were impressive 3-0 winners at Mansfield on Saturday.

They had to rejig their defence in January after Robbie Cundy's loan spell from Bristol City was cut short and Harry Darling sealed a transfer to MK Dons, but on-loan Tottenham centre-back Jubril Okedina is settling in nicely and was part of the defence which shut out the Stags at the weekend.

While Cambridge are coping nicely despite a defensive reshuffle, Cheltenham are struggling to fill the void created by a knee injury to influential central defender Will Boyle.

The Robins lost 2-0 home to Bradford on Saturday and could fall to another defeat against the leaders.

Doncaster came from 3-1 from behind to secure a well-deserved 3-3 draw at home to Hull on Saturday – ending a three game-losing sequence – and they can pick up at least another point against Blackpool at Bloomfield Road.

Despite their sticky patch Rovers are fourth in the division and they can cope with the mid-table Seasiders, who have netted just two goals in their last three fixtures.

Mansfield were being touted as dark horses for the League Two playoffs just a week ago but successive defeats have dragged them down to 18th and another reverse looks likely against Harrogate at Wetherby Road.

Harrogate lost 3-1 at Scunthorpe on Saturday despite winning the shot count eight to four but they have collected maximum points from two of their last three home fixtures.