Cherries can avoid being picked off by Wigan 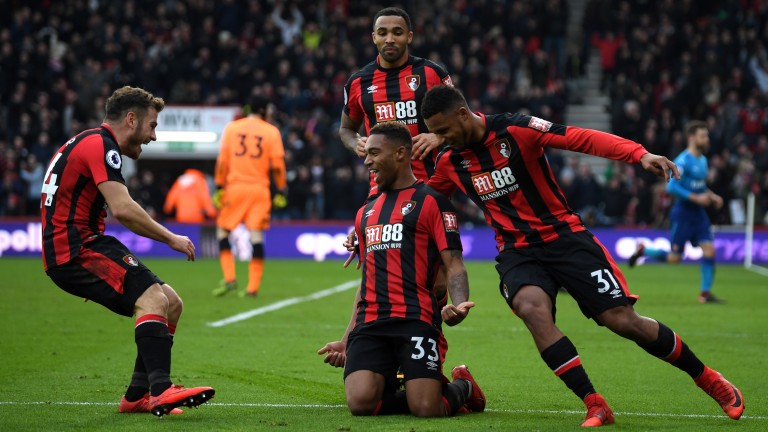 Bournemouth could be celebrating a place in the fourth round
Mike Hewitt
1 of 1
By Dan Childs UPDATED 8:22PM, JAN 16 2018

Bournemouth survived a major scare when Steve Cook's 92nd-minute goal rescued a 2-2 draw at home to Wigan in the FA Cup third round and they can take full advantage by winning the replay at the DW Stadium.

Cherries manager Eddie Howe admitted his players were slow to get going in the original match and they were in big trouble when trailing 2-0 at the break.

However, they came on strong in the second half, aided by the introductions of Marc Pugh, Jordon Ibe and Callum Wilson, and were well worth a replay after winning the shot count 19 to seven.

Having to play an extra game is not ideal but Bournemouth may feel ready to commit more to the competition after easing their relegation worries in recent weeks.

Bournemouth have banked eight points from a possible 12 since Christmas Day - lifting them from 18th to 13th in the Premier League - and Howe has stressed the importance of building on Saturday's impressive 2-1 victory over Arsenal.

Some changes are likely, given the importance of this Saturday's league match at West Ham, but Bournemouth should have learned their lesson from the opening game and are unlikely to be anywhere near as sloppy in the early stages.

Wigan are probably on their way to promotion from Sky Bet League One and will view the game as another opportunity to show their ability against a side from a higher division.Paul Cook's team are not without a chance but they look overexposed at odds-on to reach the next round.

Wolves had the better of the 0-0 draw at Molineux 11 days ago but Swansea are showing improvement under Carlos Carvalhal and probably deserve their status as marginal favourites to progress.

Bet on the FA Cup third-round replays at Soccerbase.com