Danes could give Phil Neville's Lionnesses plenty to think about 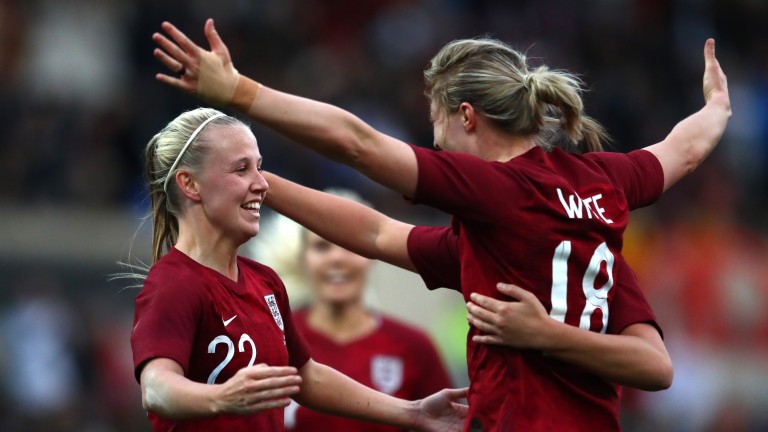 England will be looking to celebrate another success against Denmark
Getty Images
1 of 1
By Ian Wilkerson UPDATED 11:08AM, MAY 25 2019

England start their Women's World Cup campaign against Scotland in Nice in just over two weeks and Phil Neville's hopefuls should face a tough test at Walsall in their penultimate warm-up match against Denmark.

The Danes will not be among the 24 teams contesting for the game's biggest prize but North Korea are the only nation above them in the world rankings who will be absent, so this shouldn't be a walk in the park for the Lionesses.

Denmark will consider themselves unlucky not to be featuring in the summer jamboree, which starts on June 7, after they finished second to Sweden in Group Four of the European qualifying campaign.

They fell to Holland in the playoffs, which will have been a huge disappointment after they were beaten by the same opponents in the final of the European Championship, when they ended Germany's 22-year reign as continental queens by beating them in the quarter-finals.

England beat the Danes in the final warm-up game for that tournament when Birmingham's Ellen White scored both goals in a 2-1 win and it seems logical to expect another tight affair.

This clash should certainly be closer than England's final pre-tournament game against New Zealand at Brighton next Saturday.

Neville's charges should be pretty pleased with the way they are progressing as they look to improve on their bronze-medal performance in Canada four years ago.

They claimed a 2-1 victory at Swindon over a Spain team who are being hailed as potential value outsiders for the World Cup and although they were beaten by a late goal against Canada in their preceding match, their performance at the SheBelieves Cup in the USA means optimism is high.

England beat Brazil, drew with the hosts and saw off Group D opponents Japan 3-0 and confidence would be boosted by another dynamic performance at the Bescot Stadium.

However, their friendlies have tended to be cagey affairs and with 14 of their last 22 having featured fewer than three goals, BoyleSports' 19-10 about this match following suit appears generous.