The Hundred predictions and cricket betting tips for Tuesday's matches

Bowlers could bounce back in Cardiff clash 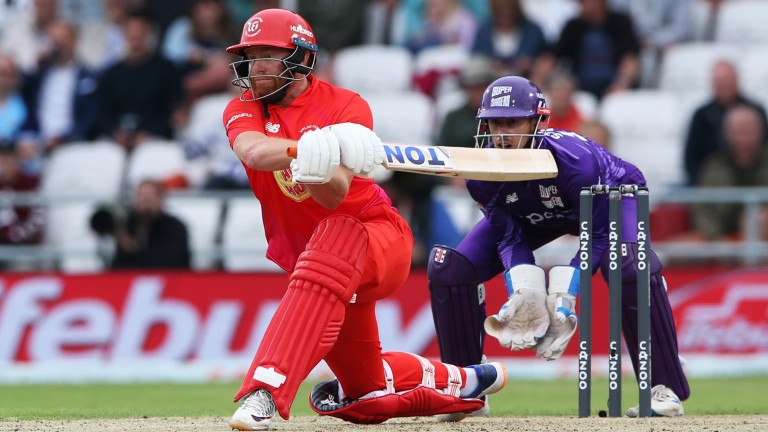 Free cricket tips, best bets and analysis for Tuesday's men's and women's matches between Welsh Fire and Southern Brave in The Hundred.

Welsh Fire Men were involved in the first high-scoring contest of The Hundred on Sunday when they beat Northern Superchargers by five runs in a clash featuring 16 sixes.

Back on home turf at Cardiff's Sophia Gardens, however, the Fire could find runscoring a little tougher against a dangerous Southern Brave bowling attack.

Bet365's line of 61.5 for the highest individual score looks too high. No Fire or Brave batsman passed that mark in their opening game and there have been only six innings of 60 or more in eight Twenty20 internationals at the venue.

Three of those came in one match, England versus Australia in 2015, and batsmen have 20 fewer balls in which to pile up the runs in The Hundred.

Southern Brave Women look an imposing batting unit with internationals Danni Wyatt, Smriti Mandhana, Sophia Dunkley and Stafanie Taylor in their top four and they should prove too strong for their hosts.

Welsh Fire lost their first game to Northern Superchargers by six wickets – a disappointing margin of defeat given that they had reduced their opponents to 19-4 chasing 131.