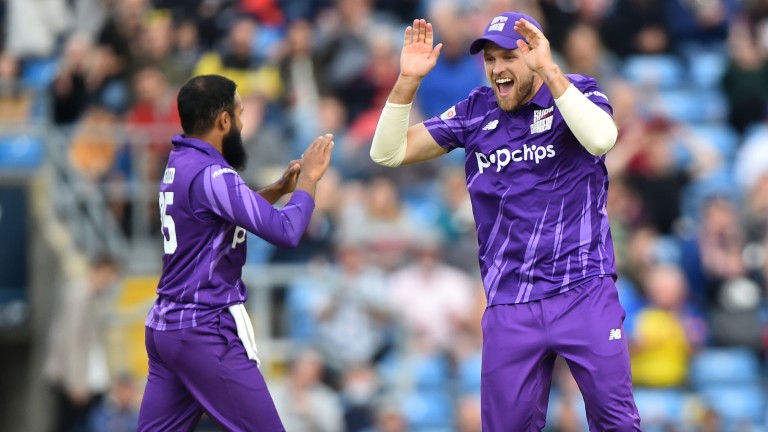 Adil Rashid (left) has been one of the standout performers for Northern Superchargers
Nathan Stirk - ECB
1 of 1
By Liam Flin UPDATED 3:43PM, AUG 3 2021

While the men's side have endured a stop-start first season of The Hundred, Northern Superchargers Women are flying and look a good bet to see off struggling London Spirit.

The Superchargers have three wins and one no result from their first four matches and they also boast the competition's highest runscorer in Indian youngster Jemimah Rodrigues.

She has amassed 166 runs in three innings and is ably supported by improving all-rounder Alice Davidson-Richards, who has contributed 67 runs and taken six wickets in the tournament. They look a decent price for a fourth win of the season.

The Superchargers Men made a breakthrough with their six-wicket win over Oval Invincibles last time out and they are taking on a London Spirit side who have lost three of their four games with the other one being abandoned due to rain.

Harry Brook has received plaudits for his recent batting efforts, having recorded an unbeaten 47 last time out, but Adil Rashid has also been among the Superchargers' most consistent performers.

The spinner has taken six wickets in this year's competition and claimed the same number of scalps for England during two Twenty20 matches against Pakistan recently. He is worth backing to take at least two wickets in the contest at Lord's.