Joyce v Takam predictions and boxing betting tips: Takam can tough it out 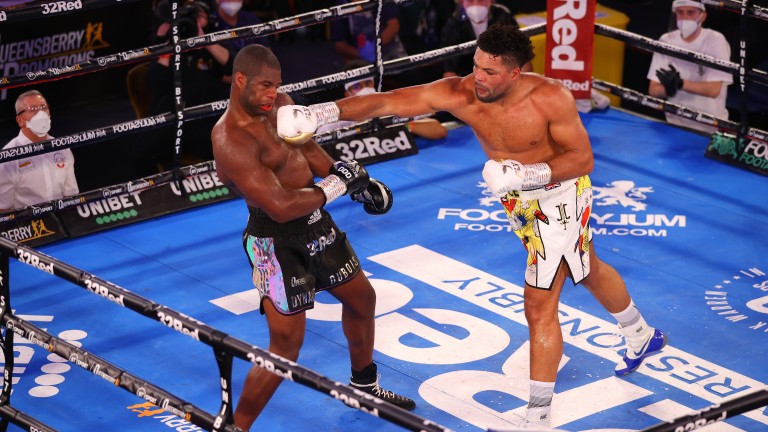 Anthony Joshua and Oleksandr Usyk are set to get it on in September and Joe Joyce, who takes on Carlos Takam at Wembley Arena this evening, is the mandatory challenger to the winner of that fight.

That's the mega prize on offer for Joyce and bookmakers clearly don't expect Juggernaut to slip up at 1-10 against Takam.

The Putney puncher put on a superb display to beat the highly rated British and Commonwealth heavyweight champion Daniel Dubois last time out and it's hard to argue with that form.

Joyce doesn't have great head movement, he is a fairly easily target to find and he can sometimes look quite robotic and stiff. However, he has a super work rate, great drive and determination, a phenomenal punch output and is as tough as they come.

If the power of Dubois wasn't enough to stop Joyce in his tracks then it's hard to see how Takam, who doesn't hit anywhere near as hard as Dynamite, is going to stop the relentless Juggernaut.

However, the Cameroon banger is far more experienced, durable and rugged than Dubois and he could pose a different challenge to Joyce.

Takam is in the twilight of his career at the age of 40, but he was a little unfortunate to lose when going the distance with Joseph Parker in 2016 and he lasted ten rounds against Joshua in 2017 before a cut stopped the fight.

The Cameroon hitter hasn't been in the ring since he beat Jerry Forrest last year, but that's a decent win and shows that there is something left in the tank.

It could be that Takam is finished and he is just taking a payday and the end of a solid career, but quotes of 5-2 about the fight going the distance seem to overplay that and it's possible he may still have a bit to offer.