Inactivity could hamper Thurman against Pac-Man in Las Vegas 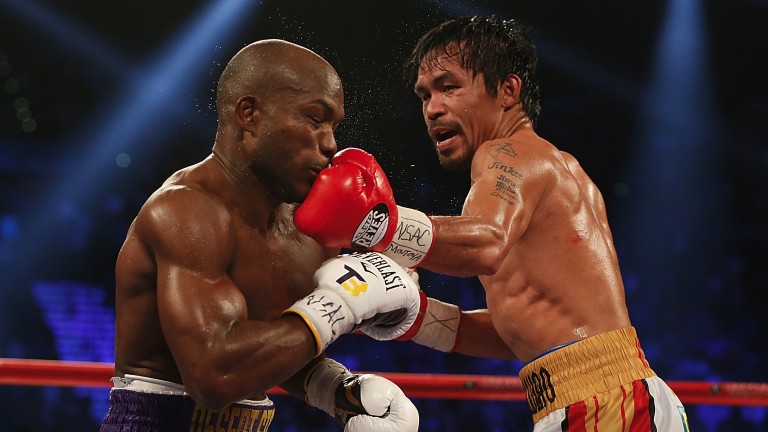 Living legend Manny Pacquiao is showing few signs of being over the hill despite celebrating his 40th birthday last December, and he has every chance of sticking a first defeat on Keith Thurman in Las Vegas.

Shrewd punters could have backed Pacquiao at odds-against prices a few weeks ago, but there is still value in backing Pac-Man as the 8-11 favourite.

Thurman was red hot a few years ago after wins over Shawn Porter and Danny Garcia, but injuries have seen him fight only once in the last two and a half years - an unconvincing majority decision victory over Josesito Lopez in January when he almost got stopped in a disastrous seventh round.

Thurman was a big favourite against Lopez and despite scraping the win he will need a huge improvement against Pacquiao.

A prime Thurman could give Manny problems, but there is simply no evidence that he will be back to anywhere near his best. It's possible, but there is no form to back it up and punters will be risking their money on blind faith if they back him.

Plenty of people have been saying that time will eventually catch up with Pacquiao, and of course they are right, but that theory has been hanging over him for the last few years and he continues to put in impressive performances against quality opposition.

His hand speed, foot speed and boxing brain are still lightning fast, and recent wins over Tim Bradley, Jessie Vargas, Lucas Matthysse and Adrien Broner prove that he is still a serious player at the top of the rankings.

Three of those four wins were on the scorecards, but it should be noted that Bradley, Vargas and Matthysse were knocked down a total of six times between them so Pacquiao still has plenty of power.

The only blip on his record during that period came in Australia when local fighter Jeff Horn was judged to have outpointed Pacquiao, but that result has been widely condemned as one of the worst in modern boxing history and should be considered irrelevant for the purposes of assessing this fight.

Thurman has it in him to stop Pacquiao, but due to his inactivity it's hard to see him out-boxing the veteran and the most likely outcome is that Pacquiao will be victorious on points.