Big performance expected from the world number one 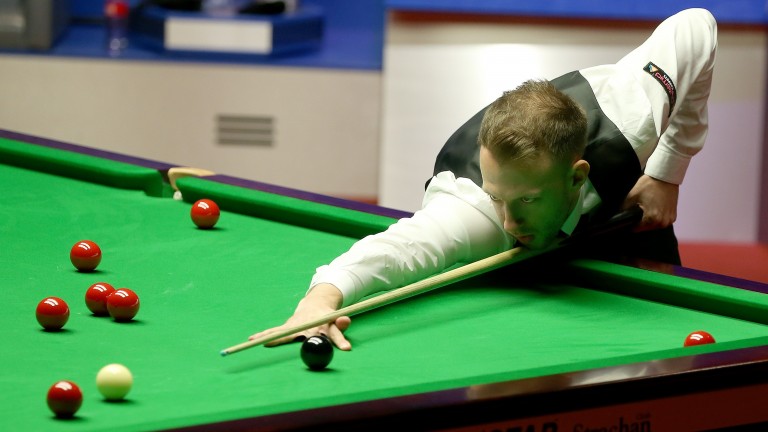 World number one Judd Trump became clear favourite to win the Betfred World Championship on Friday night after the exit of defending champion Ronnie O'Sullivan and the 2019 Crucible king can showcase his title credentials with a dominate display over Dave Gilbert.

O'Sullivan's exit is a huge boost to Trump's chances of claiming a second world title and he leads second-round opponent Gilbert 9-5 in their head-to-head series.

Trump cruised to a 6-3 win in their most recent meeting at the Champion of Champions in November and another comfortable success is expected at the Crucible.

Gilbert put in one of the most impressive performances of the first round as he dumped Chris Wakelin out with a barrage of big breaks - including three centuries - in a comfortable 10-4 win.

Trump, meanwhile, barely got out of first gear during his 10-4 victory over Liam Highfield, but the 31-year-old will be fully aware that he will need to step up his game against Gilbert, who reached the semi-finals of the worlds two years ago.

It has been a sensational season for Trump, who came into this event over one million pounds clear of O'Sullivan in the two-year world rankings. He has landed five ranking titles this season and reached at least the semi-final stage in nine of the 15 tournaments he has entered.

Expect him to produce a performance befitting of his world number one ranking and dominate this best-of-25 contest.

Only two qualifiers made it through the first round of matches at the Crucible this year and they clash for a place to face O'Sullivan's conqueror, Anthony McGill, in the quarter-finals next week.

Having seen off Ding Junhui in a thrilling 10-9 win, former world champion Stuart Bingham will fancy his chances of overcoming both second-round foe Jamie Jones and McGill to reach the one-table setup in Sheffield.

The 2015 Crucible champion won the Masters last year, but he has been very quiet in ranking events over the last two seasons - which has resulted in him slipping out of the top 16.

Jones returned from a 12-month suspension at the start of the season and has steadily improved as the year has progressed. He reached the semi-finals of the Scottish Open in December and has impressed so far at this event.

The Welshman was a Crucible quarter-finalist back in 2012, but he has failed to go beyond the last 16 on each of his two subsequent visits to Sheffield.

The pair have each won two of their four meetings to date, but both of Jones's wins came at the quick-fire Shoot Out event, whereas Bingham won 5-0 and 4-3 in the only two previous meetings in ranking events.

Bingham is more experienced over this longer format and the six-time ranking event winner is fancies to progress to the quarters with something to spare. Back the 2015 world champion to give up 3.5 frames on the handicap.