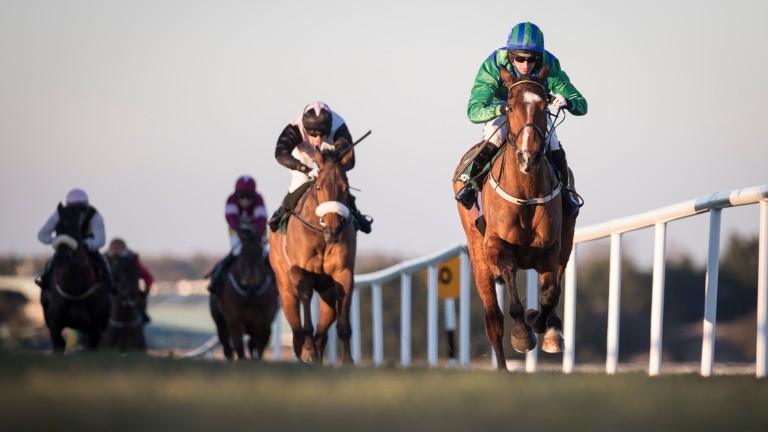 Carefully Selected: the horse everyone is talking about in the National Hunt Chase
Patrick McCann (racingpost.com/photos)
1 of 1
By Keith Melrose and Peter Scargill UPDATED 6:52PM, MAR 9 2020

This is a one-horse race, but unfortunately not in that sense. The popular view from pundits, which seems broadly right from here, is that Carefully Selected is the best horse but may struggle to get round without blemish.

An inclination to fiddle fences and go to his right has not stopped him so far, albeit in professional hands. The feeling is he is not the best ride for an amateur, even one so experienced as Patrick Mullins. There is duly plenty of scope to get after such a short-priced favourite.

It seems likely this race, although reduced in distance from just less than four miles for the first time this year, will still test stamina in the extreme. Two of the leading British-trained challengers, Lord Du Mesnil andSpringfield Fox, have made their names by going from the front. Both have loads of form on heavy ground, too. 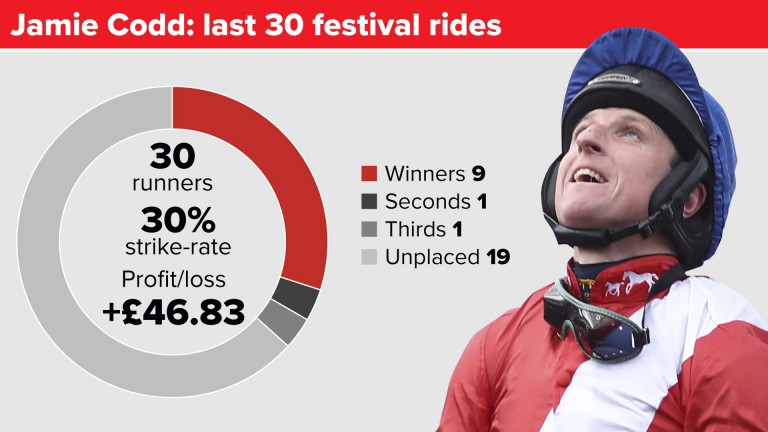 Although this field of 14 is the smallest of the century, it seems likely to be whittled down just as quickly. If Noel George can get his Jonathan Burke impression just right on Springfield Fox, he might prove especially hard to peg back.

Either way, deep reserves of stamina are a prerequisite. Few of those prominent in the betting have shown they stay beyond 3m, Lord Du Mesnil being an exception. Newtide has always given the impression that he would stay for several days, as has Ocean Cove, who admittedly has a lot more to find on form.
Keith Melrose, betting editor

Particularly close attention will be paid to this year’s National Hunt Chase with the historic contest to be run under amended race conditions following last season’s unedifying race.

Le Breuil led home just four finishers in an attritional running in 2019 in which three jockeys received hefty bans from stewards, one of which was overturned, for continuing to ride “contrary to the welfare of the horse”, while Ballyward was put down following a fall.

The bans provoked a tirade of criticism against the BHA, with Sir Anthony McCoy saying he was “embarrassed” for the regulator and Ted Walsh calling the suspensions “a disgraceful decision” and urging people who do not want to watch racing to “watch Peppa Pig” instead.

Last August, the BHA announced a number of changes to the National Hunt Chase, the most significant being the reduction in distance of the race to 3m6f from 3m7½f, in the process cutting the number of fences jumped to 23 instead of 25.

Furthermore, all horses must now have a minimum BHA rating of 120 to participate, must have run in at least two chases and finished in the first four in a chase staged over an 2m7½f or further, plus they need to have run at least once in a chase during the season.

Jockeys riding in this year’s race are also subject to stricter conditions having been required to have ridden a minimum of 20 times and achieved at least five winners over fences in races under rules.

Trainer Kim Bailey runs Newtide in the National Hunt Chase, and said: “I don’t think people will necessarily approach the race any differently this year. I’d prefer it to be over four miles still, but you have to move with the times and you cannot look backwards, only forward.”
Peter Scargill

James Nash, trainer of Forza Milan
We're very happy with him and delighted to have Derek [O'Connor] on board. Our horse has had the perfect preparation, but the downside is this looks to be a strong running of the race and he has a bit to find on ratings with four or five others. We're hoping the extra few furlongs will help bring out a bit of improvement.

Colin Tizzard, trainer of Lamanver Pippin
It's the right race for him. He's a progressive young horse and the horse he beat last time has won his last two. He's fresh and I think he's an out-and-out stayer.

Richard Hobson, trainer of Lord Du Mesnil
If the rain has arrived by the time of the race I'd give him a huge chance. He goes in really testing ground when other horses don't handle it so well. He's a real mudlark. He's in great order,is one of the highest-rated horses in the race and I'd just like a bit of rain to boost my confidence. 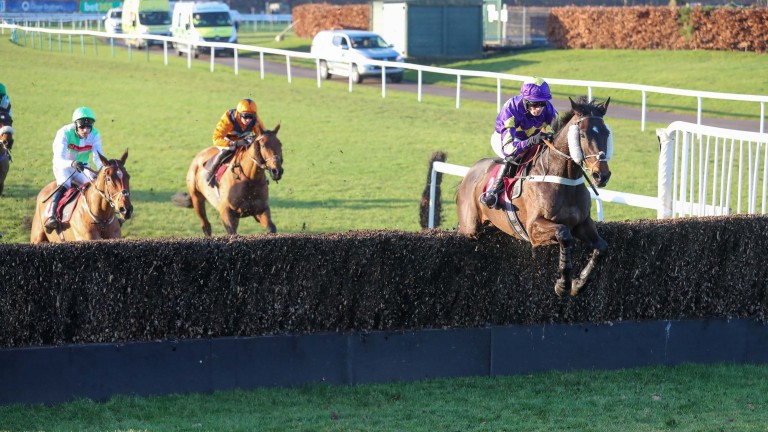 Kim Bailey, trainer of Newtide
He was lucky to win the Grade 2 at Wetherby but he won it and so he goes into the race unbeaten over fences. He should like the trip and the ground and his rider has ridden him before in a point-to-point, so that should help as well.

Gordon Elliott, trainer of Ravenhill
He’s a strong stayer and the trip shouldn’t pose a problem. Hehas some strong form in good staying handicaps like the Kerry National and I think that sort of experience will stand to him in a race like this.

Dan Skelton, trainer of Redzor
If he stays and he's still there three out then I think he would have every chance of picking up a place. He seems to stay well, definitely jumps well and Jack [Andrews] has ridden him at home, which helps.

Joseph O’Brien, trainer of Smoking Gun
He was disappointing in the Thyestes and never got into the race. We think the step up in trip will suit and he should handle the ground. He’s in good shape and we’re hoping he can acquit himself well.

Noel George, rider of Springfield Fox
I'm really excited about riding him. He's progressed over fences as he didn't have much respect for hurdles, and he looks like he's going to get his preferred soft conditions as well. He'll stay all day.

Nigel Twiston-Davies, trainer of The Hollow Ginge
Of the British runners he's one of the top rated so we think he's got a chance. The race will suit him really well.

Easily the greatest guarantee of stamina comes from Lord Du Mesnilwho is also a top-ranking candidate on form following his sterling efforts in good handicaps at Haydock. Carefully Selected has comparable form but has been a very short price in this for one yet to step beyond 3m. More appealing is Springfield Fox, who looked the part when totally dominant in his handicap at Exeter. Lamanver Pippin and Newtide are also notably promising, while there's a chance that Forza Milan can turn the tables with Carefully Selected over today's extra 6f. Soft ground would be the chief concern with Ravenhill.
Richard Austen

Watch our new weekly show, What A Shout. Big calls, big races, available on the Racing Post YouTube channel every week from Friday evening. Subscribe to the Racing Post channel so you don't miss out

FIRST PUBLISHED 6:00PM, MAR 9 2020
He looks to have the strongest form in the race and must have a great chance

Concertista in perfect pitch as big guns dominate for Willie Mullins Blow for Cheltenham as Magners opts not to renew Gold Cup sponsorship Get ready for a fantastic week of action with spectators and Altior returning 'She's the standout' - Barry Geraghty joins the panel to review the weekend Festival favourites and a Grand National hope: how Saturday impacted the markets Wednesday ballot for members' allocation to Cheltenham December meeting