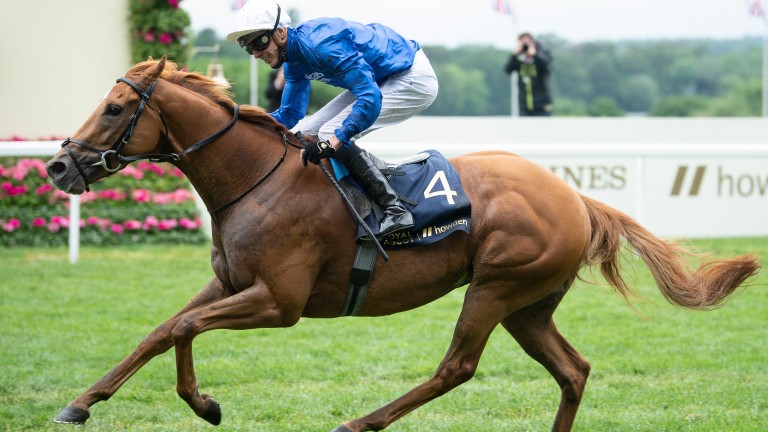 Anybody can ride with confidence when the winners are flowing, but it takes guts to trust yourself to make the right decisions when you are still seeking your first success on the final day of the meeting.

So James Doyle deserves enormous credit for the courageous ride that got Creative Force home in front of stablemate Naval Crown on another fine day for Godolphin trainer Charlie Appleby.

The jockey had not added to his total of 16 Royal Ascot victories through the first four days of the meeting, although his earlier Chesham Stakes third on Great Max was his fourth placed effort.

He was riding an uncertain stayer, a four-time 6f winner who had never raced over 7f previously, and soon after halfway he found himself rather isolated in the centre of the course as those around him dropped away.

A timid rider may have been tempted to take things cautiously, nurse his unproven mount home and just hope he might be able to hold off the group on the stands' side.

Not Doyle. He could see the bunch on the rails were going well and had the confidence to commit for home. And, though Creative Force hung left, it proved a winning move as he passed the post a length and a quarter clear of Naval Crown, whom William Buick had chosen to ride in preference to the winner.

Reliving his first 2021 success at a meeting where he has been riding winners since 2013, Doyle said: "They went a really nice pace and he travelled really strongly throughout. I could have done with targets for a little bit longer.

"I was keeping an eye on the stands' side and they looked to be going quite well so I had to just be brave and press on and hope in his stamina, that we weren't 100 per cent sure about though we were hopeful on his dam's side. We were hopeful it would carry him through and he's very tenacious and that helped. He's a little star and a yard favourite."

Asked about the way Creative Force, who has now won five of his six races, hung, Doyle said: "I was in front a long way out, which is never ideal at Ascot. It's a big wide track and he's still relatively lightly raced and learning on the job."

Reflecting on a blank first four days, Doyle said: "It's been a long week, but I was quietly confident about this fellow.

"It was a difficult decision for William – they were both priced up as joint-favourites at the start of the week. I was pretty happy to be collecting whichever one he deserted." 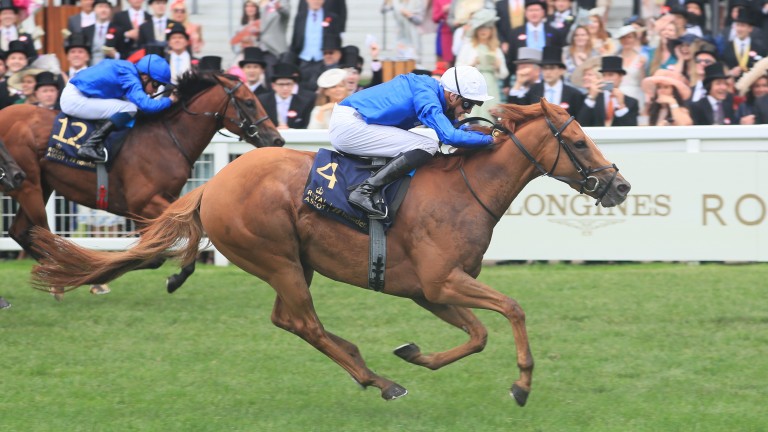 June has been a good month for Appleby, who won the Derby on the first Saturday of the month and had a Grade 1 1-2 at Belmont Park the same day.

He was thrilled with Creative Force, and said: "We were hopeful that stepping up to seven furlongs would be within his realm and he's gone and duly obliged. James gave him a lovely ride and he was a very brave horse.

"I think we'll probably look at something like the Prix Maurice de Gheest, dropping back to six and a half furlongs. He has bags of pace, travels well and picks up well so that race would suit his profile. It might be the same for Naval Crown, they might have to go and take each other on again.

"People say why do you run the two horses together, but you've got to give yourself the best chance of winning."

Watch: it's a 1-2 for Godolphin as Creative Force gives James Doyle a Royal Ascot winner

FIRST PUBLISHED 3:18PM, JUN 19 2021
I was keeping an eye on the stands' side and they looked to be going quite well so I had to just be brave and press on