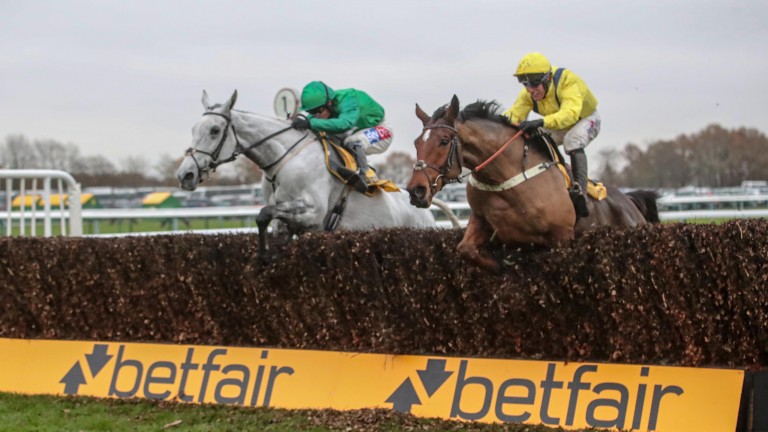 Lostintranslation (right) and Bristol De Mai are set to reoppose again in another pulsating running of the Betfair Chase
John Grossick (racingpost.com/photos)
1 of 1
By Matt Rennie 2:00PM, NOV 20 2020

Paul Nicholls was out of luck with his weekend runners at Cheltenham's November meeting but that rare blank has not stopped him from adding to his impressive tally of November winners with four victories this week, including a treble at Wincanton on Thursday.

However, Saturday winners are what the Ditcheat trainer thrives on and he sends out 14 runners across the country as he continues his mission to reclaim his trainers' championship crown this season.

At Ascot, he unleashes his two most noteworthy recruits from Willie Mullins' yard with Real Steel in the Chanelle Pharma 1965 Chase (2.05) and Laurina in the Coral Hurdle (2.40). The admirable Black Corton also takes his opportunity in the 1965 Chase, while Capeland bids for back-to-back successes in the Hurst Park Handicap Chase (3.17).

If that's not enough for Nicholls, he also has a representative at Huntingdon with Golden Gift (3.08) in the 3m1f maiden hurdle on what could be a momentous day for the 11-time champion trainer.

Nicholls' stable jockey Harry Cobden has been in similarly blistering form this month and instead of heading north to Haydock for the ride on Clan Des Obeaux, he remains at Ascot for a plum book of rides for his boss. 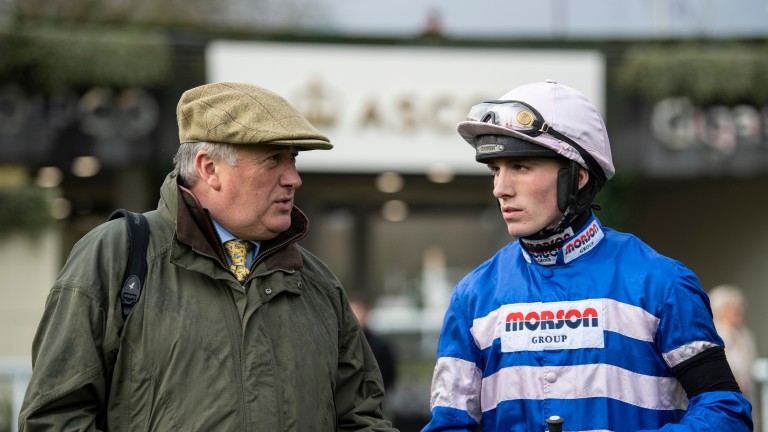 Before racing on Friday, Cobden had ridden 55 winners this season and is hot on the heels of reigning champion Brian Hughes, whose 57 victories put him top of the jump jockeys' championship. It would be no surprise if Cobden closed that narrow gap across the weekend.

Imperial Aura has been a leading light as part of trainer Kim Bailey and jockey David Bass's memorable first half of the jumps campaign and he bids to take another step up the ladder in the Chanelle Pharma 1965 Chase (2.05).

This year's winner of the final running of the 2m4f novice handicap chase at the Cheltenham Festival showed glimpses of his star quality on his seasonal reappearance when he easily dispatched his rivals in the Colin Parker Memorial Intermediate Chase this month, looking like a high-class Graded performer in the process.

The seven-year-old avoided a slog off top weight in the Paddy Power Gold Cup at Cheltenham last weekend for this Grade 2 contest but still faces a stern task, with Real Steel and Grade 1 winners Black Corton and Itchy Feet in opposition.

However, if he was to be successful, his claims of being the most exciting up-and-coming chaser in Britain would be greatly enhanced and more prestigious targets could await in the near future.

Year in year out, the Betfair Chase (3.00) repeatedly throws up fields packed with star quality and Saturday's race is no exception, with Britain's opening Grade 1 of the season likely to have significant ramifications on this season's staying chase division.

Lostintranslation, who provided an emotional success for connections last year, is back to defend his title and makes his first appearance since running a mighty race to finish third in the Cheltenham Gold Cup in March. He bids to become the fifth horse to win multiple runnings of the contest, despite the race's relatively short history. 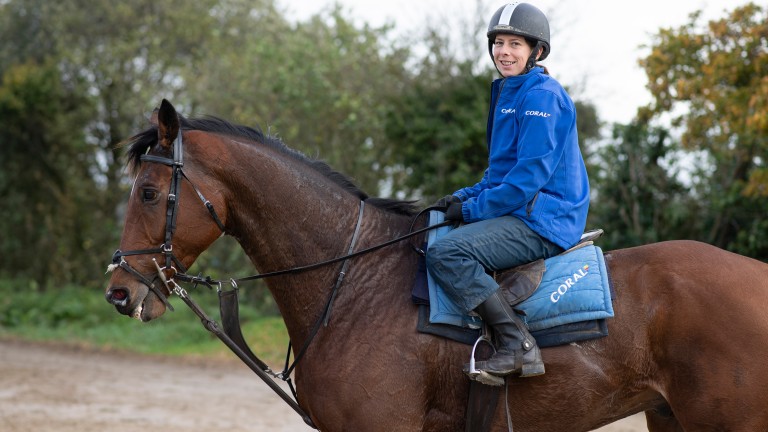 However, the Colin Tizzard-trained eight-year-old does not face an easy task, with the 2017 and 2018 hero Bristol De Mai back for a crack at reclaiming his crown at a track he relishes. If that is not enough, there is added spice as dual King George VI hero Clan Des Obeaux, who was so imperious at Kempton last Christmas, is set to make his return too.

It speaks volumes about the quality of those horses when former Irish and Punchestown Gold Cup winner Bellshill will be a rank outsider, and it will be another pulsating edition of a race that could establish Britain's leading early three-mile chaser.

Noon Star out to be best of the rest as classy fillies clash in Ribblesdale 'We could have done without it' - rain the worry as Stradivarius chases history 'He's on a big upward curve' - key quotes before the Britannia Stakes Can favourite Sir Lamorak advertise his Classic potential in open handicap? 'Any rain should help his cause' - the trainer who hopes the storms arrive Watch now: live Royal Ascot preview show featuring Tom Segal and Paul Kealy