Royal Ascot on the agenda for brilliant winner Newspaperofrecord 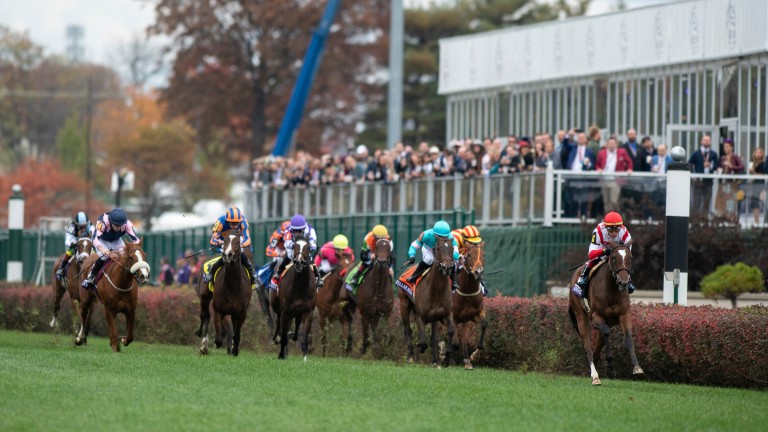 Chad Brown has Royal Ascot on his mind for Newspaperofrecord after the long-striding filly lit up the early salvos of the Breeders' Cup with a sensational front-running rout of her Juvenile Fillies Turf opposition.

Brown had won the $1 million Grade 1 four times in the previous ten years, but this daughter of Lope De Vega, a 200,000gns acquisition at the Tattersalls Book One sale last year, looks a little special.

On soft ground, she surged into a dominant position once the gates opened and obliterated the field from there to stretch her unbeaten record to three under Irad Otiz Jr. It was nearly seven lengths back to Kevin Ryan's East under Jamie Spencer, with Aidan O'Brien's Just Wonderful taking fourth.

If Newspaperofrecord were to travel to Britain next year, Royal Ascot would doubtless be the likeliest destination, and she could lend some real x-factor to the meeting were she to turn up in this sort of shape.

"I was very confident but you never know with an international field like this," Brown said of his 11th Breeders' Cup winner. "She's handled soft ground before but never at Churchill – there were a lot of unknowns here.

"She showed her class today, her brilliance. She's a hard horse to beat because she has that good positional front-running speed and then she kicks for home like a closer. What a freaky horse!" 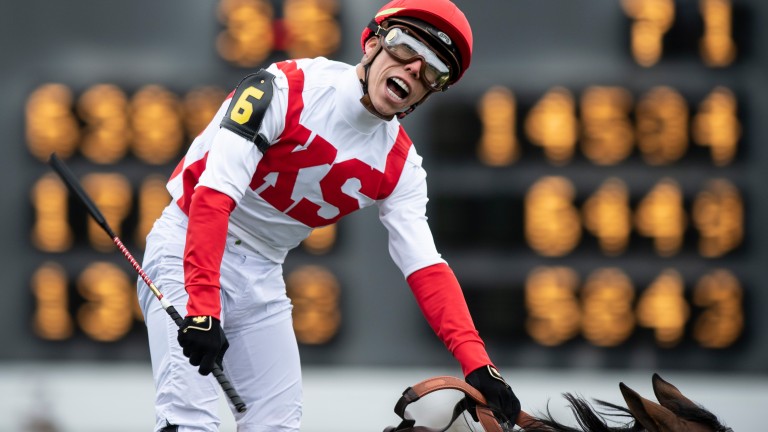 "This time, this one might be close to coming over," he added of a trip to Europe, before acknowledging the role of Irish ex-pat Mike Ryan. "We’ll see. I give credit to Mike Ryan. He’s my partner going over to look at these horses and he found her in Newmarket.

"My whole team. Everyone put a lot of time into this horse and Irad rode a beautiful race. Seth [Klarman] has been such a wonderful supporter of our stable since the very beginning."

Ryan is a bloodstock agent, owner and breeder. A native of Co Meath, he co-bred the 2007 Kentucky Derby winner Always Dreaming with Gerry Dilger of Dromoland Stud. The duo also pinhooked the 2015 Derby winner Nyquist.

Of the runner-up East, Spencer said: "She’s run very well from the draw that we had. She jumped from the gate and she went right, so I had no option but to drop her out. This is only the third run in her life and next year, she could be very special."

If that's the case, what might Newspaperofrecord be capable of? The Kentucky Oaks would be the obvious early season target in 2019, but a trip to Ascot would be a fascinating prospect.