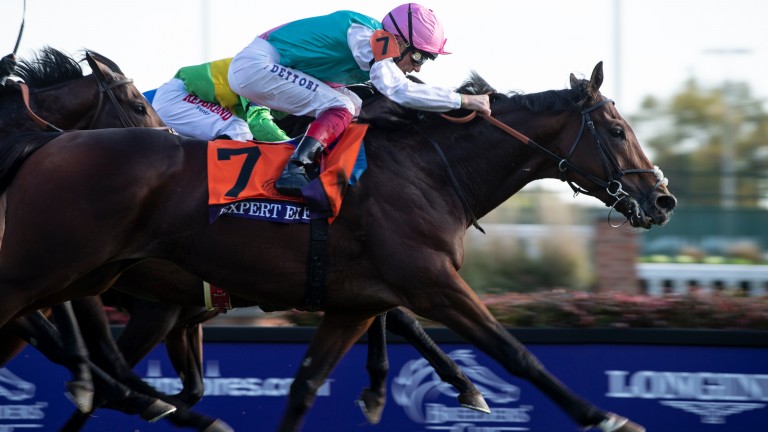 Expert Eye, the horse who promised so much last season, showed just why connections had such belief in him when he pounced under a superb Frankie Dettori to win the Breeders' Cup Mile at Churchill Downs on Saturday.

Racing's most recognisable face had a wide passage on the son of Acclamation and was pushing away as the field turned for home – looking more like Sir Anthony McCoy than Flat racing's most stylish operator – but he had a willing partner underneath and the pair recorded an ultimately smooth victory.

Catapult was a close second with Analyze It, who attempted to succeed from the front, not far behind in third.

Barathea, ridden in 1994 by Dettori and trained by Stoute's Newmarket counterpart Luca Cumani, is the only other British winner of the Mile.

"Frankie was great on him," said Stoute. "He scared me, but he was brilliant and knew what he had under him. He just got there in time. I thought he was too far back!" 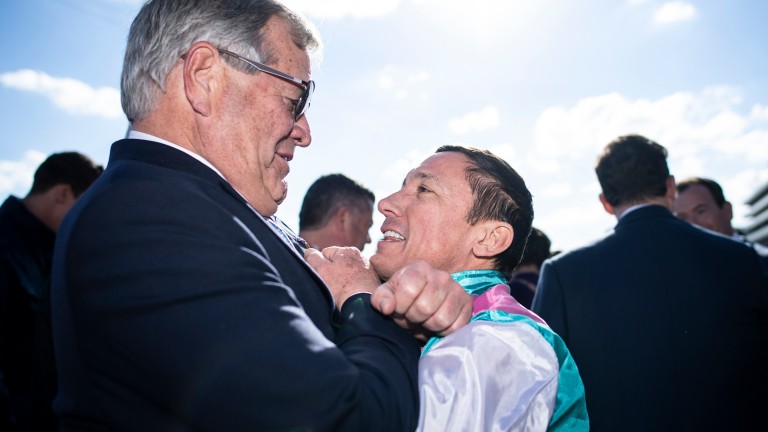 Hugely impressive in last year's Vintage Stakes at Glorious Goodwood, Expert Eye was then beaten in the Dewhurst, Greenham and 2,000 Guineas, but regained his form to land the Jersey at Royal Ascot and also landed the City of York Stakes in between respectable efforts in top-level company.

Stoute added: "He's got lots of talent, but had some problems with the stalls that affected him mentally in the spring, but the team behind him – particularly James Savage, who rides him every day – have done a wonderful job."

Dettori, who treated the crowd to a trademark flying dismount, was winning his 13th Breeders' Cup race and added: "He didn't break very well, but I managed to get on the good patch of ground and he found a nice rhythm.

"When they kicked off the bend I thought we had a mountain to climb, but the turbo kicked in and he won cosily in the end. Horses can lose ground on the turns here, but make it up in the straight and that was the case. Once he found his footing he was away."

The rider, like Stoute, felt Expert Eye has grown up this season.

"We had massive issues with him in the stalls, but he's calmed down a lot," Dettori added. "He used to lose his race before the race, but now he's calm, he's a proper racehorse."

Betfair make Expert Eye 6-1 (from 8) for next year's Queen Anne at Royal Ascot.

"We've been trying for quite a long time to win this," said Abdullah's long-serving racing manager Teddy Grimthorpe.

"I know Prince Khalid will be so chuffed to win this and with the patience Sir Michael has showed and the brilliant ride Frankie gave him – it's all come together today.

"I think this is a dream day. As for his future, that will be
something for Prince Khalid to think about and enjoy over the next few weeks, I'd imagine. But we're very, very delighted to be here."

FIRST PUBLISHED 7:46PM, NOV 3 2018
He's got lots of talent, but had some problems with the stalls that affected him mentally in the spring