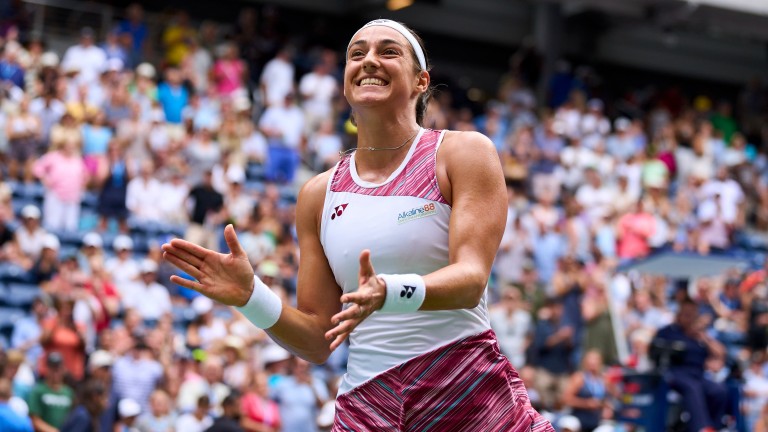 Free tennis tips, best bets and analysis for day nine of the US Open at Flushing Meadows, New York City, on Tuesday.

The US Open is now at the quarter-final stage, and the refocused Nick Kyrgios, who claimed the scalp of defending champion Daniil Medvedev in the previous round, will be the star attraction on Tuesday.

Something has clicked for Kyrgios this year and with his mind on the job the Australian has transformed himself into one of the game's elite.

Kyrgios always had the ability to contend for Grand Slam titles but never the mentality to match, although recent evidence suggests things may have changed.

The 27-year-old finished runner-up to Novak Djokovic at Wimbledon and his fourth-round victory over world number one Medvedev suggests he is motivated to go one better in New York.

Kyrgios is 1-5 to see off Medvedev’s compatriot Karen Khachanov and those odds looks justified, especially as the Russian had to come through a five-set battle with Pablo Carreno Busta in the previous round.

While Kyrgios’s clash with Khachanov is an uninspiring betting heat, the quarter-final battle between Matteo Berrettini and Casper Ruud makes plenty of punting appeal and the Italian is fancied to prevail.

There were concerns surrounding both players coming into the event as a rusty Berrettini looked out of form and Ruud was considered a clay-court specialist.

However Berrettini, who was a semi-finalist at Flushing Meadows in 2019, looks better suited to these faster conditions and may have achieved more in getting this far as hard-fought wins over Andy Murray and Alejandro Davidovich Fokina read well.

Both Cori Gauff and Caroline Garcia have eased into the US Open quarter-finals without dropping a set but the Frenchwoman has been more convincing and looks set to come out on top.

Garcia’s confidence must be through the roof as she has won three titles this year, one of which came in Cincinnati in preparation for New York, and has suffered just four defeats in 34 outings since the middle of June.

Garcia was devastating in recent wins over Bianca Andreescu and Alison Riske-Amritraj, conceding a total of just ten games, and looks in no mood to be beaten.

The cream has risen to the top at the US Open and bookmakers expect world number five Ons Jabeur to seal a semi-final spot at the expense of the unseeded Ajla Tomljanovic.

However, Tomljanovic has upset the odds in her last two matches against Serena Williams and Liudmila Samsonova, and has been holding her form well all season.

That means this match looks best left alone from a betting perspective, although six of Tomljanovic’s last nine matches have gone to a deciding set, which may be where punters could profit.