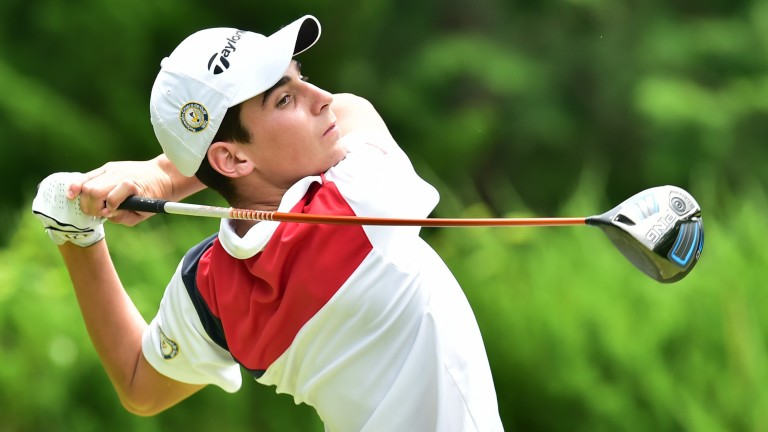 Chile has never been a hotbed of golfing talent, but the South American country may have created a superstar in the shape of teenage terror Joaquin Niemann.

The 19-year-old is the number one amateur in the world and can be strongly fancied to claim the Silver Cup for the low amateur at Augusta this week. Anything odds-against looks a fair price, with just Doug Ghim, Doc Redman, Harry Ellis, Yuxin Lin and Matt Parziale to beat.

Niemann was planning to turn professional earlier this year – he is clearly ready for the paid ranks – but victory in the Latin America Amateur in January secured his Masters berth. The invitation would have been rescinded if he turned pro, so he has retained his amateur status.

Before the final round of the Latin America Amateur, Niemann has revealed he said to himself: “Let's make our last round of golf as an amateur a good one.”

A few hours later, he had carded a 63 at the Prince of Wales Country Club, Santiago, to scythe through the field for an emphatic five-shot victory.

Niemann has spent ten months atop the amateur rankings and is expected to make an impact wherever he tees up after the Masters, seeking starts on the Web.com Tour and US Tour.

The cocksure youngster already has some Major experience, having qualified for the US Open at Erin Hills last summer. He missed the cut by four shots but the run will help him feel more comfortable in the Masters. He finished on the same score as Rory McIlroy and Jon Rahm, so there was certainly no shame in his US Open effort.

A few weeks after Erin Hills, Niemann tied for 29th place in his first and only appearance in a regulation US Tour event, the Greenbrier Classic, closing with a magnificent 64, the joint-best final round of the tournament. That proved he belonged among the big boys and he can deliver further evidence at Augusta. Jaunty Joaquin looks a class above his Silver Cup rivals.

The winner of the Greenbrier Classic in which Niemann excelled was Xander Schauffele, who has gone from strength to strength over the last nine months. Schauffele was world number 352 in the middle of June, but goes into the Masters at 26th, having firmly established himself on the US Tour.

Schauffele has fond memories of Georgia, where he won the Tour Championship in September, and he will have been relishing a return to the state this week. The Rookie of the Year looks by far the best value in a weak top debutant market.

Schauffele, fifth in the US Open last year on his Major debut, has finished in the top 20 in his last four US Tour starts. Long-game solidity is his greatest asset, so he can be fancied to churn out plenty of greens in regulation despite his Augusta inexperience.

It is difficult to be so confident about the rest of the debutants, headlined by Tony Finau, Shubhankar Sharma, Haotong Li, Dylan Frittelli and Patton Kizzire. Niemann may turn out to be the biggest threat to Schauffele.