Lions are ready to roar in Cape Town 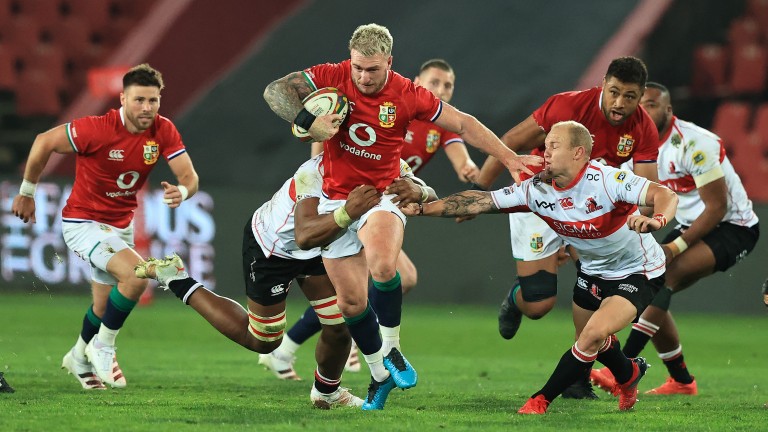 Free rugby tips, best bets and analysis for the first Test between South Africa and the British & Irish Lions on Saturday.

If ever there was a betting heat in which you can’t simply look to past results it’s an opening Lions Test. The team get together every four years, while for their opponents it’s a 12-year wait, so the Lions’ 28-9 success over the Springboks in 2009 isn’t going to offer many clues as to how Saturday’s showdown in Cape Town goes down.

And of course, given the circumstances we’re living in, things are even more complicated in that Covid has interrupted both teams' preparations not just over the last year but in recent weeks.

South Africa are the World Cup holders, just as they were for the 1997 and 2009 tours, but they had not played at all in the build-up to this Test series until last month’s run-out against Georgia, and a second Test against the same opponents the following week had to be called off.

A few players had a run-out as South Africa A in a victory over the Lions earlier this month, but for once the scenario of a thrown-together Lions side taking on a cohesive host unit isn’t the case and that looks to be a big factor in the prices.

The Lions' build-up has been shorter than ever before and both squads have had to cope with players isolating and missing training, so it's no surprise that bookmakers can barely divide the teams.

But if there is one constant through the last three Lions tours, beginning with the visit to South Africa in 2009 it’s Warren Gatland, who was forwards coach for that last outing against the Springboks before assuming the head coach’s mantle from 2013 onwards.

And the forward battle is a good place to start for any showdown with the Springboks, who base their game on their strength up front.

The first Test in 2001 is famously remembered for the front-row battle between Lions tight-head Phil Vickery and his opposite number Tendai 'The Beast' Mtawarira, who won penalty after penalty against the Lions prop and as good as paved the way for victory despite a late fightback.

Mako Vunipola started all three Tests for Gatland in New Zealand four years ago but he has been overlooked for a starting berth this time and it's not hard to assume that doubts over the England man's scrummaging are behind the selection decision.

Gatland appears determined not to fall behind in this Test - as his team did against South Africa A, when they trailed 17-3 at the break, or the first Test in 2009, when they went in 19-7 down at the break.

Interestingly, the Lions won the second half in both of those games and their second-half performance, particularly in defence, has been a hallmark of this tour.

In five matches on South African soil the Lions have conceded 82 points, but just 29 of those came in the second half and they have held out without conceding after the break in their last two matches.

That could be a statistical quirk, but it ties in with the selection, with all the pace, ambition and flair in the starting line-up and the more defensive players, who might have been considered likelier starters, left on the bench.

Ali Price gets the nod at scrum-half ahead of Conor Murray, which points to a desire to get some pace into the game, and the selection of Elliot Daly at outside centre and Stuart Hogg at full-back, who combine pace and a turn of foot with a booming kicking game, tells you the Lions want to be playing the game in the opposition half.

It all points to a gameplan founded on getting their noses in front, playing with ambition from the off, and then closing things out with the kicking game of Conor Murray and Owen Farrell at the death.

Nearly every market is a straight even-money pick - winner, half-time leader, team to score first try - but there may be a bit of value in backing the first half to feature more tries at 17-10, while if Gatland nails his tactics, the Lions to lead at half-time and full-time also looks worth a shout.

FIRST PUBLISHED 4:30PM, JUL 23 2021
The forward battle is a good place to start for any showdown with the Springboks, who base their game on their strength up front