Extraordinary City and Foxes can both get in the goals 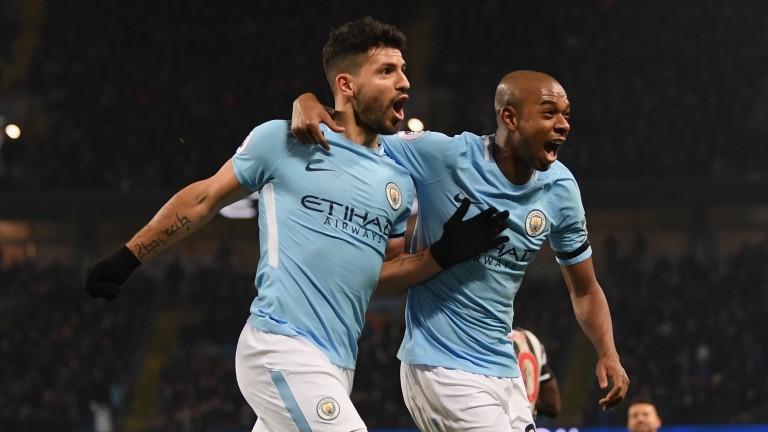 Leicester are the closest thing to a bogey side that Manchester City will have to deal with this season though minus a talisman or two it’s doubtful whether the Foxes can cause further grief to the champions-elect.

The Riyad Mahrez saga has overshadowed the build-up to a fixture which could yet be one of the more tricky home assignments that Pep Guardiola and his runaway league leaders will have to contend with on the run-in.

Leicester have won four times at City in the Premier League era – only Spurs can match that success rate – and few at either club will forget the home-and-away triumphs that the Midlanders managed during their title-winning campaign.

But that was then and this is now, and while Leicester are back on the up under Claude Puel, their opponents have reached the heavens and are almost impossible to oppose whenever they set foot on the pitch.

That said, they aren’t always easy to back, either, especially when presented with odds of around 2-9, though 12 straight home league wins does tell its own story.

Negatives, if there are any, include the injuries to Leroy Sane and David Silva, though City are hardly short of cover. And with a 13-point lead in the league, it’s just possible that Guardiola could shake up his team selection with Tuesday’s Champions League trip to Basel in mind.

But this extraordinary City have scored at least three goals in ten of their last 12 home league games – and two goals in each of the other two – so it’s hardly ridiculous that they’re 4-5 to hit at least three again.

Bookmakers don’t want to be taking chances with City and who can blame them? It means that if you fancy Leicester there are some big odds on offer, with the visitors at 14-1.

Leicester’s preparations have been blighted by the Mahrez affair. He is back in training but won’t be back in the good books of Leicester fans, who are resigned to losing their Algerian superstar in the summer.

An injury to Shinji Okazaki is only marginally less of a concern because the Japanese forward is such a crucial foil for Jamie Vardy. No one else partners the England man quite as well and Kelechi Iheanacho, the ex-City man and obvious alternative, has yet to score in 11 league outings for his new club.

They have taken one point from their last two matches but have taken points off Chelsea and Manchester United recently so there’s no doubting their big-game pedigree.

The home side will boss possession and create chances while the away team will be a threat on the counter and create chances of their own. It could be an open game with both teams to score and over 2.5 goals a decent option at 6-5. It’s a bet that has copped 12 times for each club this season.

A better play might be over 10.5 match corners. Manchester City have cleared that hurdle on their own recently against both Newcastle (18) and Burnley (13) and they average 7.5 corners per game.

Leicester give up 6.1 corners per game but also win their own (4.7 per game) because they have an edge about them going forward.

Key stat
Leicester haven’t collected a single point in their last nine games against that day’s league leaders, with a goal difference of 3-20.