Goals set to flow in derby showdown at Wembley

Tottenham and Arsenal can play their part in a classic 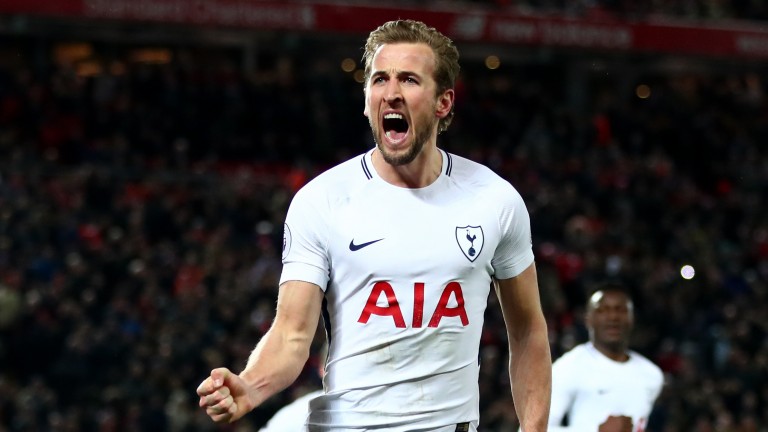 The first meeting between Tottenham and Arsenal at the new Wembley should live up to its billing as these two north London rivals get ready to rock the only way they know how - by attacking.

Both sides have scored a healthy 51 Premier League goals this season from 26 matches and with the teams outside the Premier League's top four there is great desire to secure maximum points on both sides of the Seven Sisters divide.

It could quite easily turn into a shootout given the quality in the final third and both teams to score in a match featuring over 2.5 goals seems a better bet than picking a 90-minute winner.

Tottenham at odds-against is not the worst price if you are a believer in the north London power shift, something the expected goal stats and league table suggest is real, although Arsenal's 2-0 win in the reverse fixture may point to something less commanding.

Spurs have also shaken off a slow start at their temporary base to make Wembley feel like home with Champions League wins over Real Madrid and Borussia Dortmund and comprehensive league successes against Liverpool and Manchester United.

It's a far cry from their opening Wembley showdown - a 2-1 loss to Chelsea, although even on that occasion Mauricio Pochettino's men dominated the shots, corners and possession statistics, so maybe moving from White Hart Lane was overplayed all along.

Arsenal, with one clean sheet in 11 and only three Premier League away wins all season, seem certain to struggle to contain those Tottenham threats despite keeping a clean sheet in their derby victory in November.

Alli and Kane had both been struggling with injury (the duo were substituted at the Emirates) and it could be a different story this time around given the England pair looked to be firing on all cylinders in last week's thrilling 2-2 draw at Liverpool.

However, for all of Arsenal's well-documented defensive problems - they have conceded at least twice in seven of their last eight Premier League away trips to Tottenham - the January arrivals of Pierre-Emerick Aubameyang and Henrikh Mkhitaryan have given the Gunners a real boost.

Aubameyang's pace can be a menace, particularly with Mkhitaryan and Ozil supplying through balls to a Spurs back line who give opponents chances due to their determination to press high.

Wembley should also feel like home for Arsenal, who have won nine in a row at the stadium if you include penalty successes and Community Shield encounters.

Recommendation
Both teams to score & over 2.5 goals
1pt 4-5 Sky Bet

Key stat
Arsenal have scored in 44 of the last 46 north London derbies.