Back De Bruyne to score for Man City 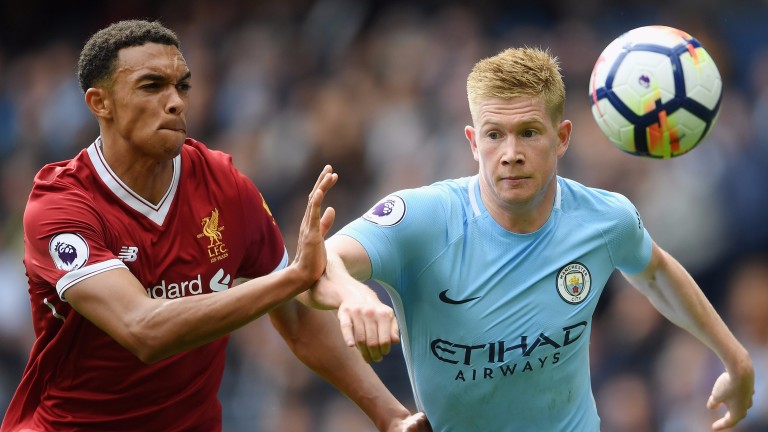 Kevin De Bruyne has been in great form for Manchester City
Getty Images
1 of 1
By Ian Wilkerson UPDATED 7:56PM, SEP 15 2017

It is only four months since Manchester City scored five unanswered goals at Vicarage Road, but Watford look more resolute under Marco Silva than they did at the end of Walter Mazzarri's reign.

That said, City's attacking talent is so strong that they should be able to keep up their excellent away goalscoring record.

Gabriel Jesus, Sergio Aguero, Raheem Sterling and Leroy Sane are the only City players to have scored in the league but Kevin De Bruyne has been in great form and is a big price to get in on the act.

Team news
Watford
Kiko Femenia is back form a head injury but Younes Kaboul is ruled out with a hamstring problem.

Manchester City
Vincent Kompany is unlikely to start but Raheem Sterling may return to league action after serving a ban.

Key stat
Manchester City have scored at least twice in nine of their last ten away league matches.