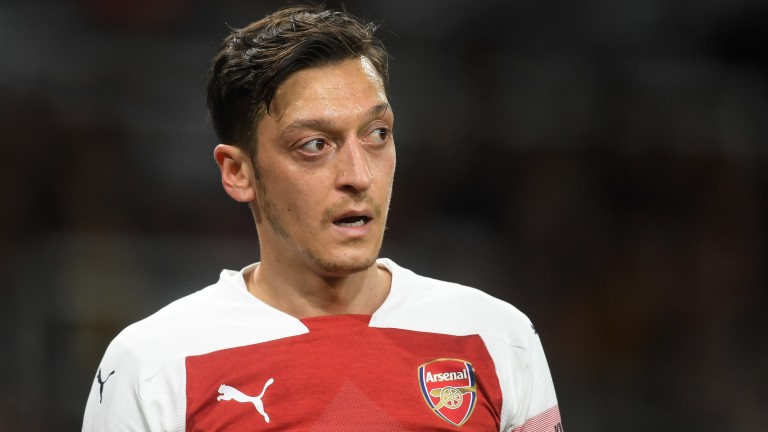 After ending a 25-game winless streak against the big six by beating Chelsea and given Arsenal’s wretched road form, there may well be more takers than usual for Everton at Goodison Park.

This is ordinarily a fixture that frightens the life out of the Merseysiders – they have lost seven of the last eight showdowns against Arsenal conceding 15 goals in the last four of those.

But back-to-back 2-0 wins over Chelsea and West Ham have got Marco Silva’s on the cusp of a capital hat-trick and they will certainly like the fact that Arsenal, even though they are on the verge of Champions League qualification, have been awful on their travels this term.

But having little faith in Arsenal away is one thing, having any faith in Everton is another thing altogether.

You can’t argue with that solid second-half effort against Chelsea and the subsequent breeze past a West Ham side who didn’t bother showing up, but anyone who watches the Toffees regularly knows how inconsistent they are.

Maybe that makes them appeal at a decent price, but preference is for the draw at 11-4.

Certainly the half-time stalemate looks a fair shout – Everton have been level at the break a division-high 19 times this season while Arsenal have been all-square at the interval on 15 occasions. That explains why the half-time draw is only a 13-10 chance.

Everton have definitely tightened up after that Newcastle collapse, where they lost 3-2 having been two up.

A third straight clean sheet would be a real novelty but Seamus Coleman has got better defensively as the season has progressed while Kurt Zouma and Michael Keane suddenly look like a partnership.

The chastened Jordan Pickford, set to play despite an off-field incident last weekend, remains a weak link, however.

As for Arsenal, this match ushers in a seriously busy period for them – it’s the first of six games in 17 days and that workload could get busier yet depending on how they fare against Napoli in the Europa League.

The Premier League, specifically finishing in the top four, surely trumps that match in terms of club priorities.

If they want to finish in the top four they need to improve their away form fast.

They have got seven games left and five of those are away, which is bad news for the only side in the Premier league who are yet to keep a clean sheet on the road.

They are in good form having taken 16 points from their last six matches, but have one away win since November and that was only just achieved at relegated Huddersfield.

Incredibly, Arsenal have kept just one league clean sheet away from the Emirates in the last 16 months.

Team news
Everton
Defender Yerry Mina (hamstring) is set to miss the rest of the season.

Key stat
Everton have been level at half-time a Premier League-high 19 times this season.