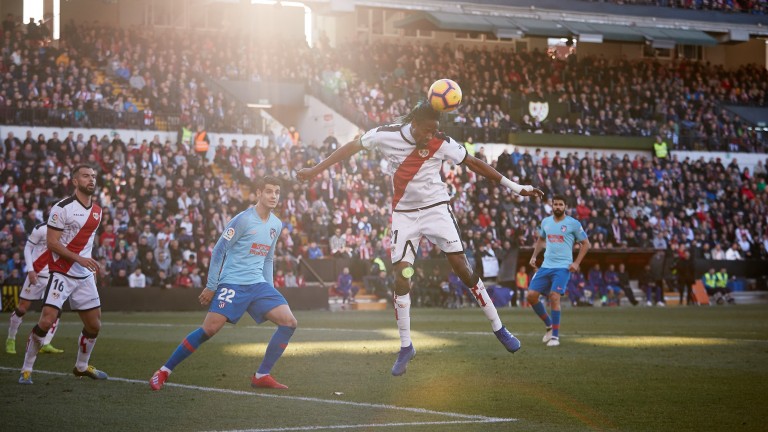 Girona and Rayo are battling to bounce back after getting relegated from La Liga last season but they may have to settle for a point apiece from their Segunda Division clash at Estadi Montilivi.

The markets favour Girona, who have had a mixed start to the season – drawing 1-1 at home to Gijon, losing 1-0 to Albacete and winning 1-0 at home to Malaga.

However, it may be too soon to trust Juan Unzue's side.

Girona's relegation was influenced by their poor home record (three wins, six draws and ten defeats) which was the worst in the division.

And it is going to take time for the legion of new signings, including former Leeds midfielder Samu Saiz, to settle in.

There seems to have been less upheaval at Rayo, who have retained the bulk of their La Liga squad and added some interesting new signings.

Ulloa joins a team who have started solidly, winning one and drawing two of three games, although Rayo would consider the trip to Girona to be one of their tougher assignments of the campaign.

Girona defeated Rayo twice in the top flight last season (2-1 at home and 2-0 on the road) but there may not be much between the teams this weekend and the draw looks a strong possibility.