Debutant Noel Malicdem has the tools to down Jeffrey de Graaf 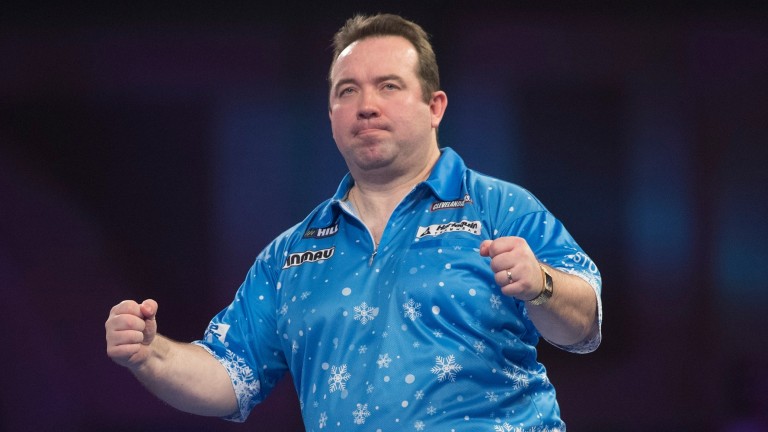 Christmas is coming so it would be fitting if a bloke called Noel can bring tidings of comfort and joy to punters at Alexandra Palace.

Noel Malicdem is the arrowsmith in question, the first Noel to ever qualify for the William Hill World Championship, and he looks more than capable of decking the halls at the Palace with some Filipino stardust.

Nerves are everything when players make their debuts in this event but if he can keep his under control then he definitely has the tools to see off out-of-form Jeffrey de Graaf.

Malicdem and Lourence Ilagan are the two players who have been in outstanding form on the Asian Tour in 2018 and Ilagan performed extremely well against Vincent van der Voort. A 95 average wasn’t quite enough for him but De Graaf is no Van der Voort.

This is De Graaf’s sixth attempt at a world championship of one code or the other and he is yet to win a match either at this venue or at the Lakeside. At the Players Championship Finals last month he averaged 86 in a 6-3 loss to Darren Webster. It was the only televised event he had qualified for this year.

Malicdem was an internet smash when nailing a nine-darter against Royden Lam in South Korea earlier this year and he signed off the Asian Tour by beating three former Ally Pally contenders – Haruki Muramatsu, Christian Perez and Paul Lim – to win in China.

The 41-year-old does look a fair price at 11-4 and Brendan Dolan might also be worth chancing against Joe Cullen, certainly on the handicap.

There’s a sense that Cullen is finally coming of age after years of merely threatening to be an exceptional talent and he has had a decent year with impressive wins at the Matchplay, where he made the last eight and should have taken care of Gary Anderson, and European Championship, where he reached the semis.

But his record at the Palace is unquestionably dire with one win in eight visits, and he doesn’t appear to thrive in playing the dogged Dolan. The Irish ace boasts a 7-3 win record over Rockstar including a 6-1 triumph on the floor in their only clash this year.

Dolan has slipped off the radar this year but will never throw in the towel and has the added advantage of having already played once this week, dropping just one leg in a 3-0 thrashing of Yuanjun Liu.

FIRST PUBLISHED 8:00PM, DEC 18 2018
This is De Graaf?s sixth attempt at a world championship of one code or the other and he is yet to win a match