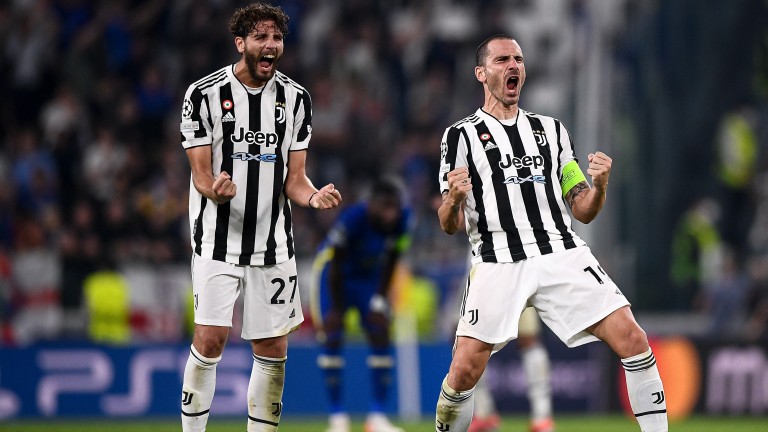 Chelsea
Mateo Kovacic is unavailable, while Romelu Lukaku remains a doubt with an ankle injury.

A defensive masterclass from a disciplined Juventus worked wonders when they saw off Chelsea in Turin at the end of September and similar tactics can help them avoid defeat at Stamford Bridge.

The Group H giants meet in West London with the Italians already through having played four, won four, while reigning champions Chelsea need just a point to guarantee their own safe passage into the last 16.

Both are in good form in terms of results with Chelsea sitting pretty at the top of the Premier League and unbeaten in nine since that 1-0 reverse in Italy. Juventus have bounced back from a woeful start to the campaign with only two losses in their last 14.

The first game in Turin was a poor one. There was plenty of intensity but little pretty football with Chelsea claiming 73 per cent possession and creating 16 chances to eight, but Thomas Tuchel was left ultimately frustrated by a lack of cutting edge against Massimiliano Allegri's exceptionally well-drilled unit.

That script may well look the same in London with Chelsea bossing possession and chances, and again there is no guarantee that the Londoners will get it right. Winning 3-0 at a spineless, toothless Leicester on Saturday should not be seen as a template for this assignment and Chelsea look plenty short enough against good opposition.

The draw – handy for both clubs of course – looks a fair runner in 90-minute betting.

Allegri has a few key men missing and a few more who won't be risked ahead of Saturday's showdown with fourth-placed Atalanta.

But he'll field a top-class defence where candidates include Matthijs de Ligt and Leo Bonucci, their penalty-taking centre-back, who bagged two from the spot in Saturday's 2-0 win at Lazio, the first time the Romans had lost at home since February. The 25-1 that he opens the scoring is an option.

Manuel Locatelli is world class while the clever runs of the likes of Federico Chiesa caused a sloppy Chelsea any amount of trouble in the first game.

Chelsea appear to be improving by the week but still pass up chances and can still be too predictable in their passing game. When opponents lose shape they fill their boots; when they don't – as Juventus didn't – it becomes far more of a challenge.

This could be tight and backing under the goals looks a runner as two good teams cancel each other out.

Juventus have found the net in each of their last 14 away games.

FIRST PUBLISHED 2:05PM, NOV 22 2021
Winning 3-0 at a spineless, toothless Leicester on Saturday should not be seen as a template for this assignment and Chelsea look plenty short enough