La Liga leaders are toughest test yet for Tuchel's Blues 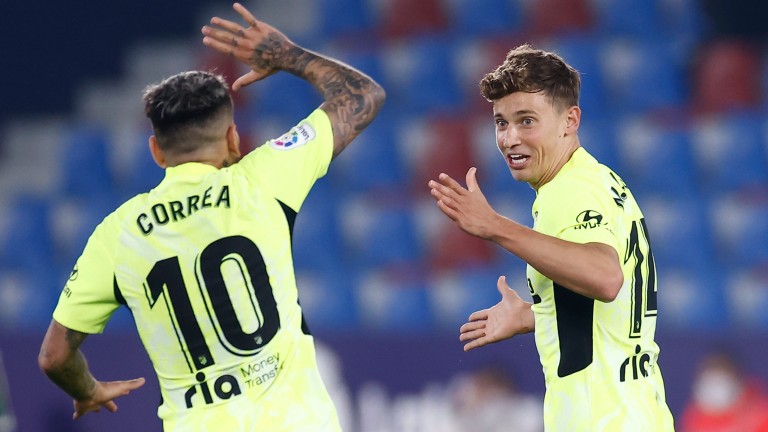 Chelsea
Thiago Silva has not been passed fit but Tammy Abraham has recovered from a knock. Kai Havertz and Christian Pulisic are in the squad.

Chelsea's last Champions League away trip ended in an impressive 4-0 victory over Sevilla but they face a testing last-16 first leg against La Liga leaders Atletico Madrid in Bucharest.

The Blues qualified as group winners in impressive style under Frank Lampard, winning their three away games against Krasnodar, Rennes and Sevilla by an aggregate score of 10-1.

That was not enough to save Lampard's job and Thomas Tuchel, who led Paris St-Germain to the Champions League final last season, has made a promising start to his career at Stamford Bridge.

Chelsea have won five and drawn two of their first seven games under the former Borussia Dortmund coach, who has benefited from a soft run of fixtures.

And Chelsea warmed up for their trip to Romania with an underwhelming 1-1 draw on Saturday against a Southampton side who had lost their last six Premier League matches.

Mason Mount's penalty earned the Blues a point at St Mary's and they have scored just nine goals in seven games under their new coach, including three spot-kicks.

Diego Simeone's Atletico teams, who reached the Champions League final in 2014 and 2016, were renowned for their miserly defence but his current side has a little more attacking verve.

Luis Suarez is relishing his first season at the club, scoring 16 goals in 19 league starts, and Joao Felix, Angel Correa and Marcos Llorente have licence to get forward from midfield.

Atleti's defensive standards have slipped, keeping just one clean sheet in their last nine league matches, and they suffered a shock home defeat to Levante on Saturday.

However, Simeone's men had 28 attempts on goal to their visitors' six in that 2-0 defeat and they remain odds-on to hold off Real Madrid and Barcelona in La Liga's title race and the match betting.

Being deprived of home advantage for the first leg is certainly a blow for Atletico. Their defeat to Levante was their first league loss at the Wanda Metropolitano since December 2019 and they are formidable opponents on their own patch.

However, the match betting may be underrating Atletico's chances of taking a first-leg lead against a Chelsea side still adapting to life under Tuchel.

Llorente was Atleti's hero in last season's round of 16, scoring two of their three extra-time goals as they knocked out rampant Liverpool at Anfield, and he is thriving in a more attacking role this season.

The Spain international has scored eight goals in 22 league starts, more than any other midfielder in La Liga, and he also notched in the Champions League group-stage win over Salzburg.

Chelsea have scored only six goals from open play in seven games under Thomas Tuchel.

FIRST PUBLISHED 3:07PM, FEB 22 2021
The match betting may be underrating Atletico's chances of taking a first-leg lead against a Chelsea side still adapting to life under Tuchel