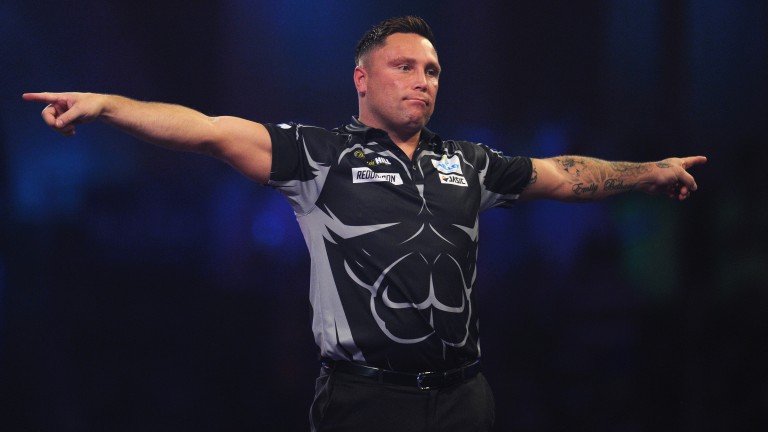 Free darts tips, best bets and analysis for the BoyleSports World Grand Prix at the Ricoh Arena in Coventry.

Dave Chisnall boasts a brilliant record in the BoyleSports World Grand Prix - he has won ten of his 14 matches over the last four years so this is a great opportunity for him to progress into the quarter-finals.

Ryan Joyce was superb in beating a below-par Peter Wright in the first round, but it's unlikely Chizzy will struggle as much as Wright did on Wednesday when the world champion produced an average of just 82.

Chisnall averaged an impressive 102.85 in his 2-0 defeat of Premier League table-topper Glen Durrant. If he can produce more of the same he can win this with a bit in hand and cover the handicap.

Gabriel Clemens shocked Nathan Aspinall in the first round and is fancied to win again to prolong his first appearance in this unique double-in event.

His opponent in the second round, Jeffrey de Zwaan, stepped in after the withdrawal of Stephen Bunting and won well on Wednesday against Jamie Hughes, but prior to that he had been in poor form.

Clemens has also been struggling, but he was starting noticeably well against Aspinall, which is crucial in this format, and that may prove the difference.

Jonny Clayton put his miserable record in this event behind him when beating Ian White, finishing with a smart 106 finish.

The 46-year-old Welshman has recorded the third-best checkout percentage on tour over the last 12 months and his ability to hit doubles should make him tough to beat once again.

In a match which bookmakers see as a coin toss, he gets the vote over world number 21 Joe Cullen.

Gerwyn Price battled hard for his win against Jermaine Wattimena, but a much better version of the Welshman is expected against the experienced Belgian Kim Huybrechts.

Price has been in sensational form - two weeks ago he won the World Series of Darts, the fifth televised final he has played in 12 months.

He rates as one of the best in the world and can outgun Huybrechts and cruise to a comfortable win.