Ryan Moore produces masterclass to make all on Magic Wand 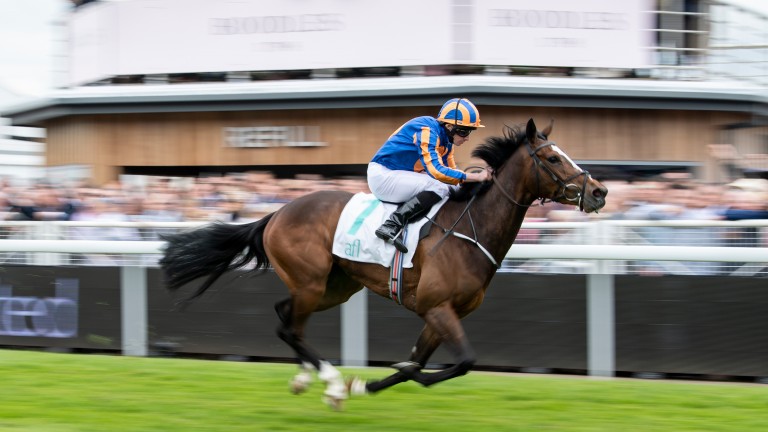 Magic Wand leads all the way to land the Cheshire Oaks
Edward Whitaker
1 of 1
By Keith Melrose UPDATED 4:20PM, MAY 10 2018

Magic Wand dominated the Cheshire Oaks under a fine front-running ride from Ryan Moore to run out an emphatic winner of the Listed Classic trial, which went to trainer Aidan O'Brien for a sixth time.

O'Brien also saddled the second as son Donnacha brought home Forever Together three and a half lengths adrift of the winner, and she would have finished closer had she not been squeezed up on the home turn. But few would argue the result was not the right one on the day. 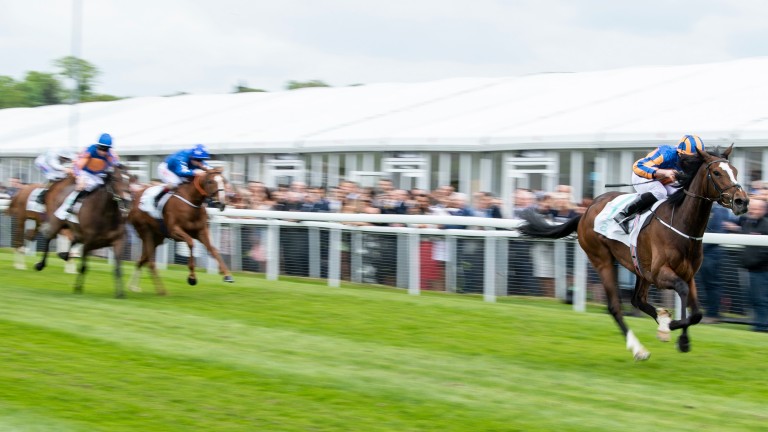 Magic Wand comes home in splendid isolation
Edward Whitaker
Moore had drawn stall one on Magic Wand and, despite being keen to point out later how inexperienced she was, he made no allowance for that and sent her straight into the lead.

The winner was pressed on both sides by Hazarfiya and Shailene for much of the way and was lit up by Moore quite a way out, but she skipped clear in the straight and was never being caught.

Kevin Buckley, UK representative for owners Coolmore, said: "We're very pleased with her. It was just her second run this season and she's clearly improved. She's a big, scopey filly and she should keep progressing, her ears were flicking there. Ryan was very happy with her and he got a good feel of her.

"She's a sister to Chicquita, which obviously bodes very well for the Oaks trips and she's put herself right in the mix with that performance."

Watch a full replay of the Cheshire Oaks

Ambitions for the third Princess Yaiza are not so lofty, but trainer Cromwell reported: "I was happy with that, Franny Norton did very well from that draw. The winner was impressive but she ran a good, solid race. She's in a few Listed races in Ireland and we'll keep her going at that level."

It looks like the Investec Oaks will be next for both the winner and second. Magic Wand was cut from as big as 50-1 to a general 14-1 chance in a market headed by Pretty Polly winner Lah Ti Dar. Forever Together is just six points bigger, at a general 20-1.

FIRST PUBLISHED 2:35PM, MAY 9 2018
She's a sister to Chicquita, which obviously bodes well for the Oaks trip, and she's put herself right in the mix with that performance

'He's got a huge future' - could Glounthaune follow in Poetic Flare's footsteps? 'Four Gold Cups, an unbelievable horse' - Aidan O'Brien recalls Ascot hero Yeats Order Of Australia 'didn't show up' as he trails in last in Keeneland Grade 1 Ryan Moore: 'I try not to offend anyone but for me it's always about the horses' Love misses Champions Day as Aidan O'Brien reroutes Snowfall to Fillies & Mares Snowfall primed to take on Mishriff and Adayar in Champion Stakes thriller