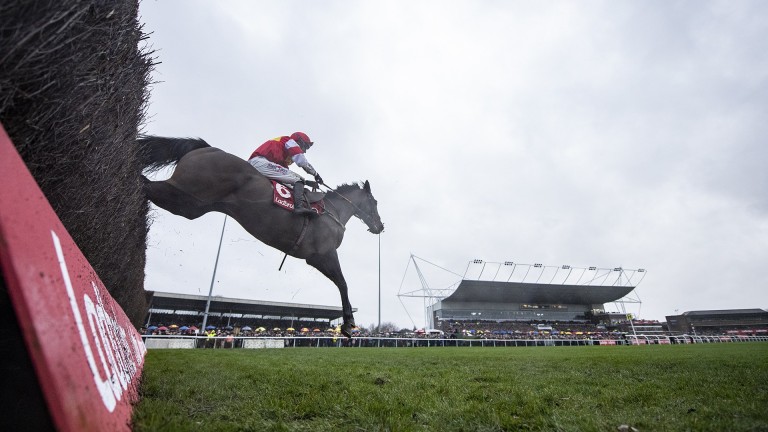 Slate House produced a polished performance to capture the Kauto Star Novices’ Chase after favourite Master Tommytucker fell before the turn for home.

Master Tommytucker had led, jumping well, before taking a tumble and his exit left Black Op and Slate House to fight it out down the straight.

However, Robbie Power always looked the more confident on board Slate House, who produced excellent leaps at the third and second from home.

There was still one fence to negotiate and Power was forced into a late change of mind with Slate House staring at the crowd, allowing his partner to pop over instead of taking it on a long stride.

Momentarily the door opened for Black Op, but it was soon slammed shut as Slate House galloped on to score for trainer Colin Tizzard and owners Eric Jones, Geoff Nicholas and John Romans.

Power said: "He’s basically a handicapper back in against novices in terms of experience and today he jumped really good.

"Between three out and two out he put the race to bed and I was going down to the last a bit long, so I gave him a squeeze and he was kind of looking at the stands, so I changed my mind and let him pop as I got a bit cowardly. He got over it well and I had plenty of horse left."

FIRST PUBLISHED 2:08PM, DEC 26 2019
He’s basically a handicapper back in against novices in terms of experience and today he jumped really good