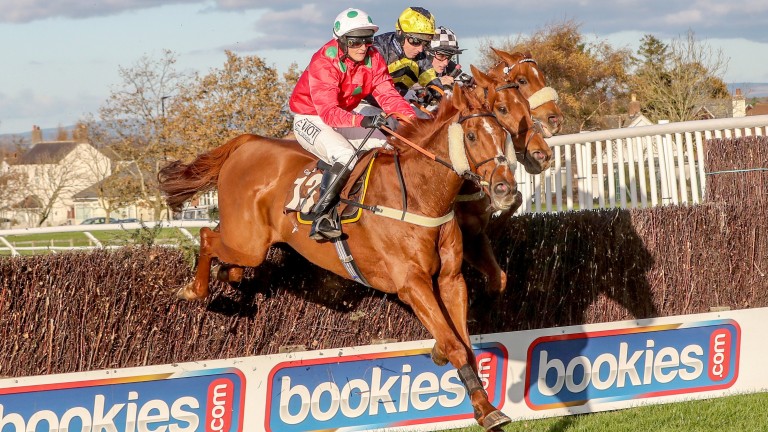 It has been five years since a trainer other than Sandy Thomson, based ten miles or so up the road from Kelso, won the Borders National.

Neptune Equester won the race in 2014 and 2015, then Harry The Viking took on the mantle in the same Jim Beaumont silks in 2016. Following a year lost due to a frozen track, the now teenage Harry The Viking defends his title from a mark 1lb lower than two years ago.

"It's been the plan since we lost the race last year," said Thomson on Saturday. "We're happy enough with the ground [good to soft, soft in places]. The days of him ploughing through a bog at Haydock are probably gone now.

"He's loving life at the moment and his Carlisle run wasn't too bad, the ground was just far too quick for him."

Asked about his success in the race, he said: "It's my local track and a race I'd always liked to win, but we've been very lucky. Neptune Equester loved a bog and got it the two years he won. Then we sadly lost him at Kelso and not long afterwards I said to Jim, 'At least we have Harry for the Borders National next year', so it was nice for him to then take it on.

"Who's to say Harry won't be back at 14," Thomson continued, "but I've already got next year's runner in mind. Geronimo, who won at Ayr last week, looks an obvious type for the race and he's only seven." 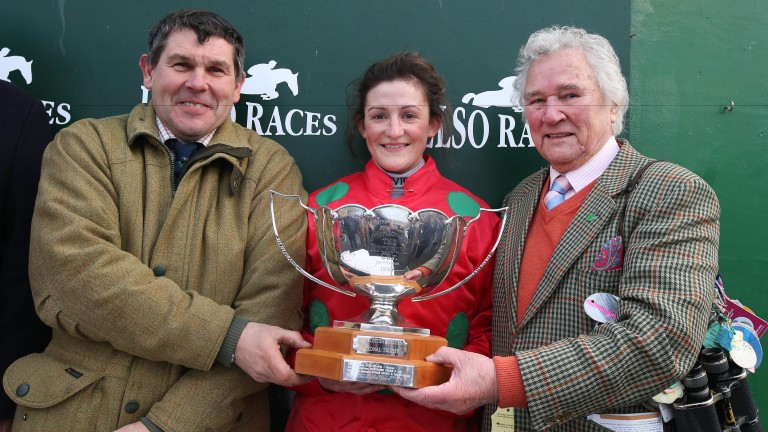 Before Thomson, the last trainer to win the race was Richard Newland with Royale Knight. He runs West Of The Edge, who was second in February's Eider at Newcastle.

Newland said: "We're looking forward to running him, but it looks a competitive renewal and might be a tough ask. We know he stays from the Eider and he went well through that race, but the ground was slower there.

"Ideally, I'd have liked more rain. The blinkers have gone on to sharpen him up, it was just felt he wasn't putting in maximum effort at Ffos Las last time."

The Eider was won by Baywing for Nicky Richards and he is represented in this race by Progress Drive and Looking Well.

Richards said of his representative, the choice of Brian Hughes: "Progress Drive ran all right at Ayr last time, he hit the second-last and Brian said if he'd jumped better up the straight he'd have been right there. He suggested just popping the cheekpieces back on him, he's worked in them at home and been fine.

"He's in good order, but it's his first run at four miles, which you can never be sure about. It should be a nice pointer to the future."

Of Looking Well, Richards said: "He went down to Cheltenham in not bad condition, I thought, and it seemed to me like he might have just been going through the motions a bit.

"He's a really talented horse, he would have won the Edinburgh National at Musselburgh before he unseated at the last and he was second in the SkyBet at Doncaster. He has a really good run in him and we're hoping cheekpieces can get him to focus."

Mysteree on the mend

Mysteree won the Eider in 2017 and was second in the Midlands National next time, but since has been pulled up twice and been a 128-length third in three runs. 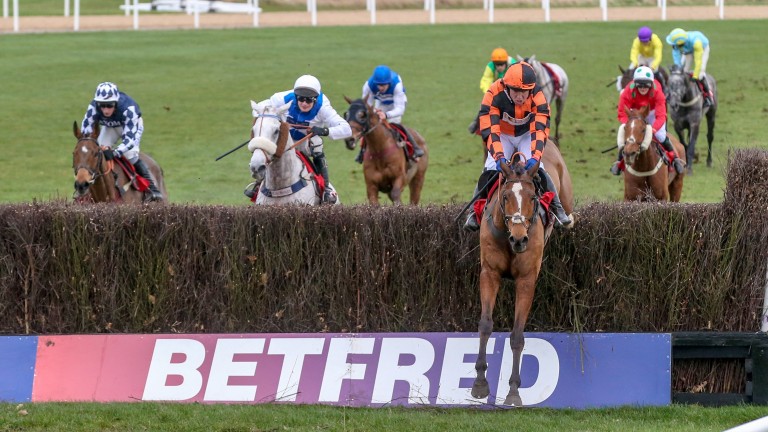 Michael Scudamore is hoping the ten-year-old has turned a corner and said: "We were never really happy with him last year. He's been a lot better in his work lately and the ground was just far too quick for him at Cheltenham last time.

"The trip won't be a problem and he's back down to a competitive mark. If he shows what he's been showing us at home recently he should go well."

Making the 190-mile journey south will be Bright Prospect, from the Inverurie yard of Jackie Stephen.

He has run mostly over much shorter but has put up his best performances on his rare forays at three miles, including a win here. Stephen said: "He's in grand form, I'm not sure what I can say about the trip because he's never tried anything like four miles before.

"He's not a fast horse, he'll stay all day but if they go off like rockets he might not last. There are some good horses in there and it's a bit of a fact-finding mission, but he goes there to do himself justice."

Speed camera has Richard Newland aiming to make bookmakers pay the penalty Richard Newland may hold Plate key with 'complete revelation' Captain Tom Cat One trainer, one jockey, one horse and one race to watch on Saturday