Honeyball has high hopes for duo in closing bumper 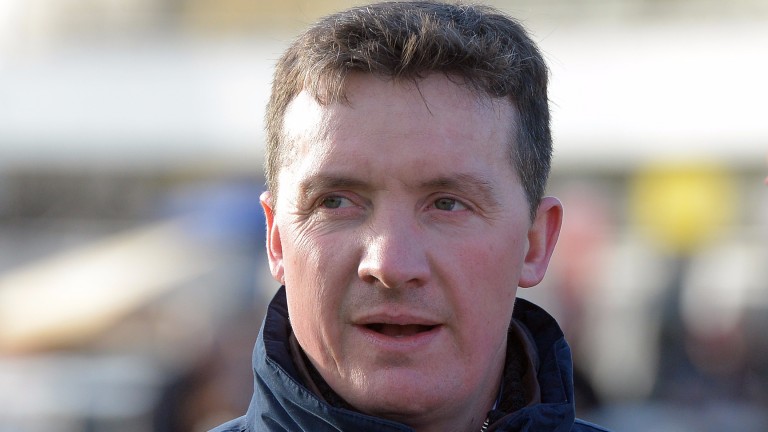 The Listed Best Odds Guaranteed At Betfair Bumper (4.40), which traditionally closes Betfair Hurdle day, seems to get better and better each year.

Al Ferof (2010), Definitly Red (2014) and Ballyandy (2016) are among its recent winners, and it will be a surprise if several of Saturday’s 12 runners don’t make up into useful performers in due course.

The Nigel Twiston-Davies-trained Good Boy Bobby created a fine impression – despite pulling extremely hard for three-quarters of the race – at Chepstow last time, and rates a leading contender, but there are plenty of others who bring eyecatching profiles into the race.

Anthony Honeyball’s pair, Acey Milan and Lechlade Magician, are clearly well above average, and the trainer, hoping for a boost after the awful loss of stable star Fountains Windfall on Friday, said: “Acey Milan won a Listed bumper at Cheltenham and must have a good chance. He’ll love the ground and if all goes to plan he could go for the Champion Bumper afterwards.

“Lechlade Magician has a high cruising speed and has done everything right so far. Soft ground is essential for him. We’ll find out where we stand.”

“He’ll be a stayer in time but will relish the ground at Newbury and should go very nicely.”

There have been plenty of whispers about Danny Kirwan, a comfortable winner of an Irish point-to-point last October.

“He's a nice type,” said trainer Paul Nicholls. “He won his point-to-point well and has a tall reputation, so we'll see if it's deserved.

"He's not a bumper horse but I wanted to save hurdles until next season and it's nice to get him out.”

Lovely Job, a winner three times in 2017, returns from a short break after justifying favouritism at Taunton in November in the style of a horse firmly on the up.

Trainer Fergal O’Brien said: “He’s in good form and I hope he runs well. He’s a nice, progressive horse, and we’re thinking about the four-miler at Cheltenham if all goes to plan.”

Paul Nicholls believes Ibis Du Rheu, who returns from a 333-day absence under stable number one Sam Twiston-Davies, may need the run.

“He’s only been in since mid-December so will definitely improve, but he’s in the RSA and four-miler at the festival so we have to get him going and get a run into him if we want to consider those for him,” said the trainer.

Exclusive to members: read the big interview with Sir Anthony McCoy from 6pm on Saturday

FIRST PUBLISHED 6:00PM, FEB 9 2018
Lechlade Magician has a high cruising speed and has done everything right so far