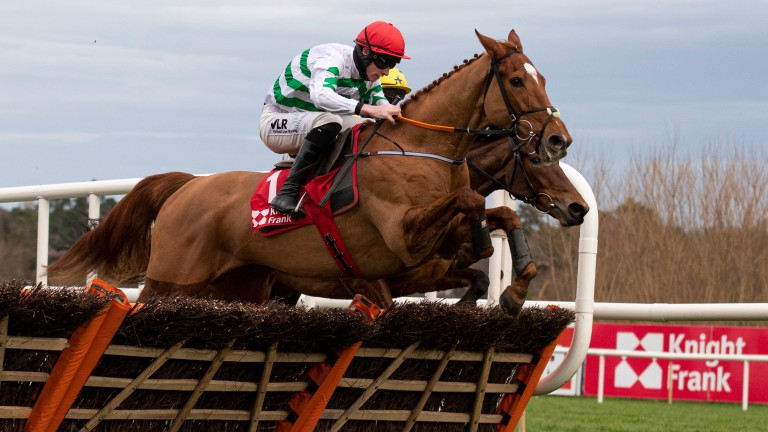 Zanahiyr cemented his position as Ireland's premier three-year-old hurdler with a stylish success in the Grade 2 Knight Frank Juvenile Hurdle, earning glowing praise from winning rider Jack Kennedy after a display that showcased his versatility and slick jumping.

The Noel and Valerie Moran-owned performer hardened as favourite for the JCB Triumph Hurdle, now priced between 7-4 and 100-30 (from a general 7-2), and further strengthened Gordon Elliott's grip on the division, proving his adaptability to a significantly slower pace than previously when winning in Grade 3 company at Fairyhouse.

Clock-watchers were bowled over by his 14-length win last month when he quickened up impressively off a fast pace, and his six rivals on this occasion appeared intent on testing his gears with a much less demanding gallop.

Kennedy always had the former 1m4f maiden winner in the right position, with his mount answering every call and producing a particularly awesome leap at the second-last. 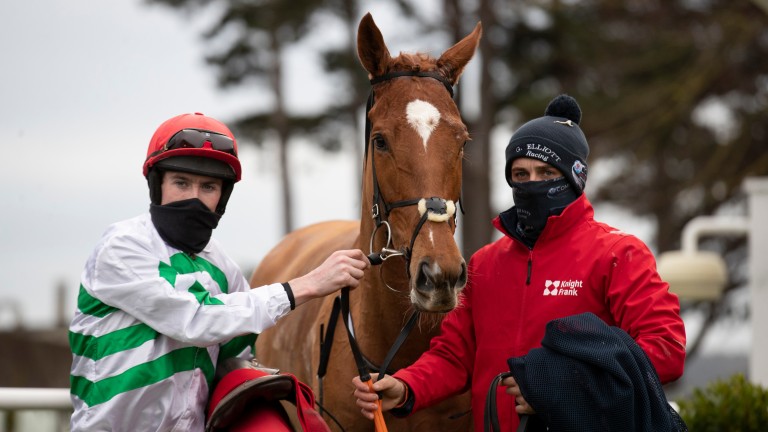 Jack Kennedy on Zanahiyr: "It was a completely opposite race to the last day at Fairyhouse, we went very steady and he still won so it just shows that he can do it any way"
Patrick McCann (racingpost.com/photos)

The Aga Khan-bred gelding never had to be at full stretch to keep Joseph O'Brien-trained French recruit Busselton at bay by three and three-quarter lengths, with that rival and the third-placed Ha D'or shaping promisingly in defeat on their Irish introductions.

"It was a great performance from him," said Kennedy. "It was a completely opposite race to the last day at Fairyhouse – we went very steady and he still won so it just shows that he can do it any way."

He added: "He only did what he had to do today – we're delighted with him. I think [stablemate] Quilixios is very good, but this horse might edge it over him."

Zanahiyr is not quoted in ante-post markets for the Supreme Novices' Hurdle, but it would be interesting if connections opted to take on older rivals in the festival curtain-raiser, getting an 8lb age allowance, while others from the stable, like Quilixios, could tackle the Triumph.

Elliott and Kennedy registered a double on the card at Leopardstown, also tasting success with the useful Wide Receiver to win the previous 2m maiden hurdle for Gigginstown House Stud.

Get My Drift looks smart

The opening Tote.ie-backed maiden hurdle for four-year-olds has thrown up some very useful winners, including Cedarwood Road and Klassical Dream most recently, and the Mouse Morris-trained Get My Drift joined the roll of honour with a smart performance under Jody McGarvey for JP McManus.

Having shaped well when third in what appeared a strong novice hurdle at Gowran Park last month, the 9-2 chance, who did not go unbacked, powered clear in the straight to oblige by a decisive two and a half lengths over Gee Rex.

There were plenty of notebooks at the ready for the concluding bumper and it was the Noel Meade-trained Harry Alonzo who shone brightest, impressing in victory under talented amateur Pat Taaffe.

The 7-1 chance looks to have a bright future ahead, while the third-placed Collins, trained by Joseph O'Brien, caught the eye finishing with a flourish for third and should be noted wherever he goes next.

FIRST PUBLISHED 5:30PM, DEC 26 2020
He only did what he had to do today – we're delighted with him. I think Quilixios is very good but this horse might edge it over him

Cheltenham clues aplenty with Harrington double-handed in major qualifier Eddie O'Leary: 'I was surprised to have read so much negativity about the run' Tiger Roll on course for Cheltenham despite trailing in last behind Beacon Edge 'I rode out three lots and he spent the whole morning looking at Energumene' Tiger Roll 'absolutely flying' as dual National hero tackles Boyne Hurdle Grand National clues everywhere, although not where you might look first