The wins keep coming for Charlie Hammond after Aintree triumph 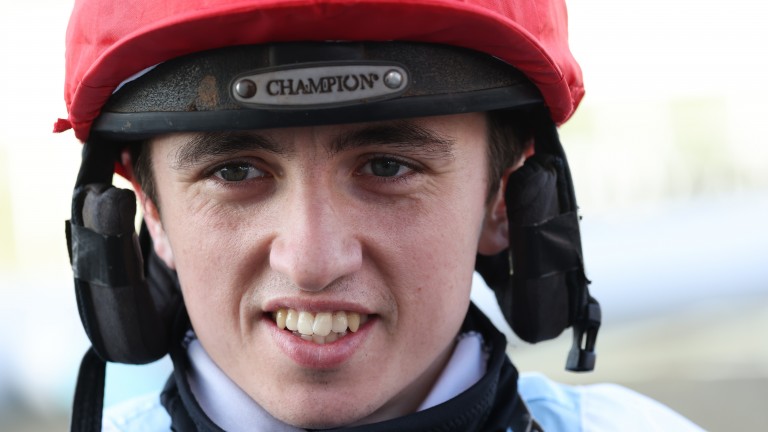 Charlie Hammond: successful at Aintree on Friday and Plumpton on Sunday
John Grossick (racingpost.com/photos)
1 of 1
By Peter Scargill 6:05PM, APR 11 2021

Charlie Hammond emphasised the importance of success after guiding Counteract to victory at Plumpton just two days after claiming big-race glory at Aintree.

Hammond was successful on Rowland Ward at the Grand National meeting on Friday but was similarly pleased with Counteract’s win for trainer Suzy Smith and owner Sarah Palmer after the 2m3½f conditional jockeys’ handicap chase on Sunday.

“Aintree was a great day for me and I’ve had a nice season there with winning the Grand Sefton as well, but these days here mean just as much for people like Suzy,” he said. “It’s not just about Aintree as this means a lot for Suzy and the people who own the horse too.”

Commanche Red staged a rally in the closing stages to run down Playa Blanca in the 2m4½f handicap hurdle having looked beaten when passed at the second-last.

A smart novice chaser who was twice Grade 2 placed, Commanche Red has struggled in the last year but trainer Chris Gordon is hopeful the win will spark a return to form.

“He’s been exceptionally disappointing this season and his nerves really do get to him when he gets to the races,” he told Sky Sports Racing. “Hopefully that win will get his confidence up. That’s what we always say but whether it works is another thing.”

FIRST PUBLISHED 6:05PM, APR 11 2021
He’s been exceptionally disappointing this season and his nerves really do get to him