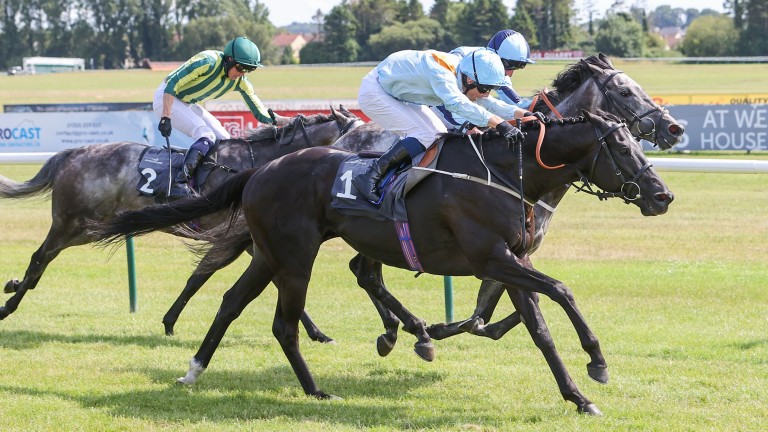 Marie’s Diamond demonstrated his class and battling capabilities as he dug in to land the feature £30,000 mile handicap for Ben Curtis and Mark Johnston.

The Group 3 and Listed winner, who was surprisingly sent off at 7-2 in only his second handicap, looked in trouble at the furlong pole but rallied to win by a head from David O’Meara’s 9-4 favourite Shelir.

"He was a big price but he was so tough in the end, wasn’t he? He couldn’t adopt his normal front-running tactics, so Ben just sat on him nicely, but a furlong out I didn’t think he was going to get there. He was so tough in that final half-furlong," said Prince.

"The key to him is that quick ground. When he gets that he just gets rolling and really battles. As soon as there’s any juice in the surface he flounders a little bit and just sticks on rather than stays on. He’s a different animal when it’s quick.

"He’s in the Golden Mile at Goodwood but because that’s an early closer he’s in there off 105 and he will have a penalty on top of that, so that might be a stiff ask."

Alistair Whillans was made to sweat on the outcome of a photo-finish in the 6f handicap to see if a wait of 149 days without a winner on the Flat had come to an end. 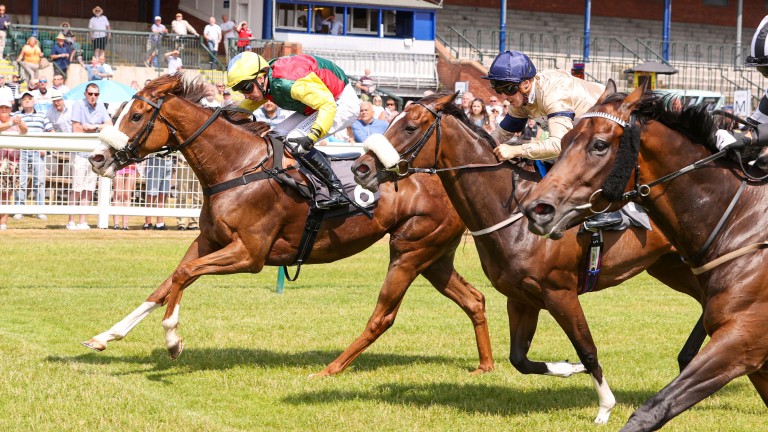 Amazing Alba just gets up in a photo-finish ahead of Global Humor (nearside) and Roman Encounter (centre)
John Grossick (racingpost.com/photos)

Amazing Alba had never won away from Musselburgh or over the 6f trip but was announced the winner by a nose from 2-1 favourite Global Humor, with Roman Encounter a neck away in third.

Jockey Andrew Mullen went on to complete a double in the Class 5 mile handicap with Iain Jardine’s Merricourt, who followed up last week's course-and-distance success.

FIRST PUBLISHED 6:36PM, JUL 19 2021
A furlong out I didn’t think he was going to get there. He was so tough in that final half-furlong

'I bought her dreaming of the Oaks' - progressive Five Stars exciting owner Memorable day for Mulrennan as 'highest-rated maiden' breaks juvenile record One trainer, one jockey, one horse and one race to watch on Saturday Ayr Gold Cup day crowd capped at 12,000 as course struggles with staff shortage Who made the cut? Confirmed runners and riders for Saturday's Ayr Gold Cup Trainer views and tipster analysis before an ultra-competitive Ayr Silver Cup