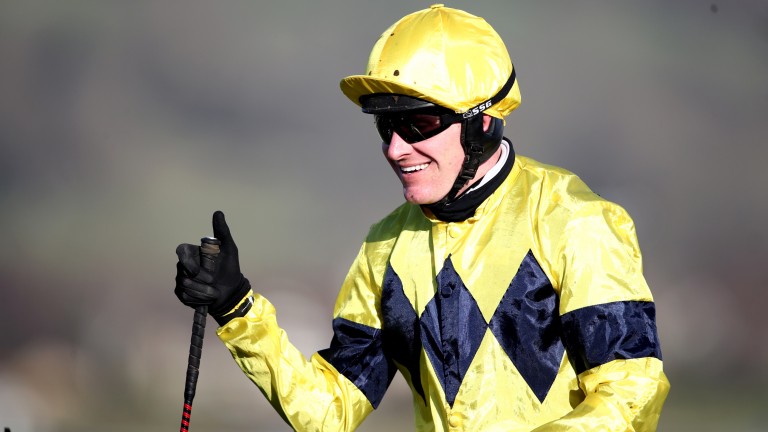 Nick Scholfield's eagerness to slim down to just 10st 3lb to ride Ballyegan Hero was a tip in itself and one which was worth following as the Paul Henderson-trained ten-year-old landed the day's feature convincingly.

A former Grade B winner for John Joe Walsh in Ireland, Ballyegan Hero made almost every yard of the running in the 3m2½f handicap hurdle to strike by three and a quarter lengths.

His rider was confident after a precise gallops session of maintaining a 30mph speed on the gallops. Scholfield then cut his weight down to 10st 3lb, and was able to take a further 3lb off due to the current weight allowances allowed with saunas closed.

Henderson, training his first winner since July, said: "Credit to Nick as he had to get down to 10st 3lb, which is unheard of.

"He fancied his chances a bit. I said don't do it, it's too much to lose, but the first thing he said to me after the race was that it was worth it."

Of the race tactics, the Hampshire-based trainer added: "Nick rode him on the gallops and I drove by the side and said do dead on 30mph all the way up so he knew what he needed to do here. We wanted an even gallop all the way round."

Sean Houlihan rode his first winner since recovering from a broken back with success on Snug As A Bug in the 2m1f mares' handicap hurdle.

He made his return on the same horse at Fontwell on Sunday following the injury sustained in a fall in the Sussex Champion Chase in April, and she went one better than her second-place effort there.

FIRST PUBLISHED 6:15PM, SEP 6 2021
Nick rode him on the gallops and I drove by the side and said do dead on 30mph all the way up so he knew what he needed to do here

Sky Pirate and Nick Scholfield out to plunder another big Cheltenham prize 'That's what this game is about' - Harry Fry dreaming big after Might I win Scholfield superb as rider enjoys quickfire double in opening two races This race is all about one horse but is the hot fancy too good to be true?