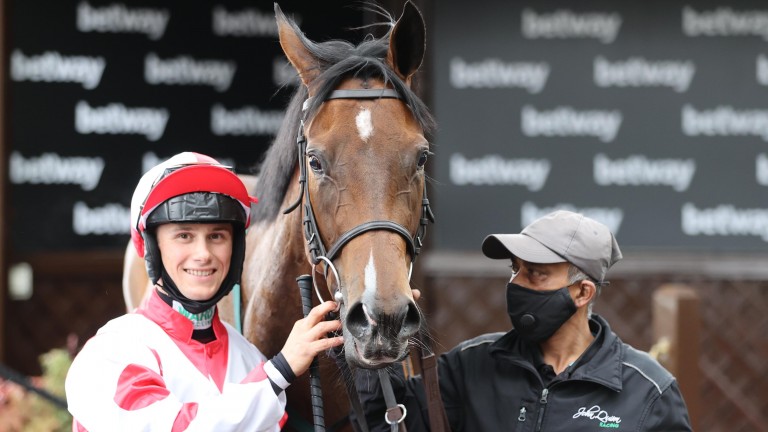 Liberty Beach is one of a number of strong chances at Glorious Goodwood next week for Jason Hart, who should be fine to ride despite getting kicked at Newcastle on Saturday
JOHN GROSSICK
1 of 1
By Charlie Huggins UPDATED 9:20PM, JUL 25 2021

Jason Hart’s afternoon was ended prematurely after an unusual incident in which he was kicked when unsaddling Autumn Angel, his first ride of the day.

Hart was unsaddling the two-year-old for John Quinn following a fifth-placed finish in the first division of the 7f maiden before being struck in the parade ring.

Clerk of the course James Armstrong said: "He was just unsaddling and got kicked by a horse on the leg. He was advised to go and get an x-ray but otherwise he was fine."

Hart was stood down by the racecourse doctor for his three remaining rides of the day, with his agent Alan Harrison explaining: "The doctor wouldn't let him ride again until he had his x-ray, but he's said it's not broken so he should be all right.

"It's not like it was in my day! If you could walk into the parade ring you rode them. He'll give it a good soaking tonight, strap it up and hopefully he'll ride tomorrow."

Ben Robinson was the beneficiary of Hart's misfortune as he guided Quinn's Miss Nay Never to a narrow success in the 5f fillies' handicap. 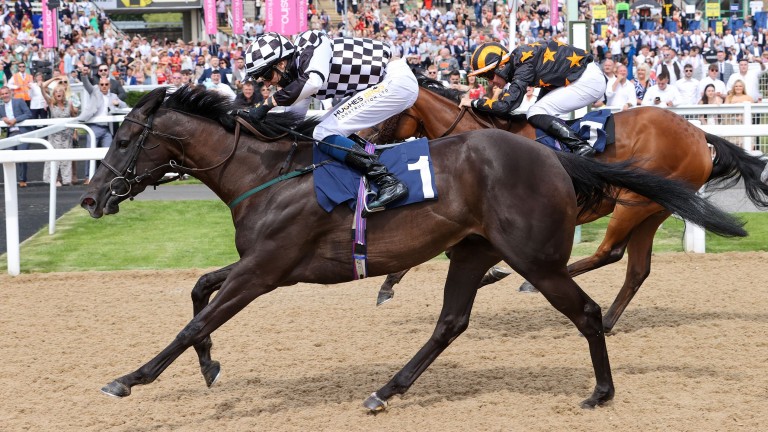 Kevin Stott had only ridden one winner from 20 rides since his return from an ankle injury nine days ago, but he enjoyed a 184-1 treble for three different trainers.

Stott soon doubled up on the quirky Wynford for Rebecca Menzies in the 2m½f handicap before completing a good day’s work on the Sir Michael Stoute-trained Hasty Sailor in the 1m4½f handicap.

Jockey Martin Harley was referred to the head office of the BHA after a fifth whip offence in the past six months.

Harley was judged to have used his whip above permitted levels when finishing second aboard 9-4 favourite Third Kingdom in the feature mile handicap which was won by Keith Dalgleish's Home Before Dusk.

'He's amazing' - star handicappers out to deliver for John Quinn at York Leeds fan Kevin Ryan on target again as Bielsa lands him another Ayr Gold Cup One trainer, one jockey, one horse and one race to watch on Saturday