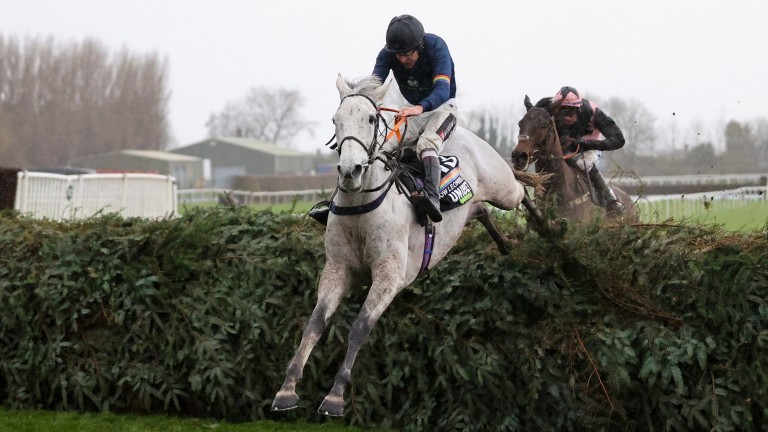 Snow Leopardess, the mare who had a foal during a two-year absence from the track, reached the high point of her remarkable career on her first try over the famous National fences.

The desperate weather made it a day for the brave and Snow Leopardess showed that in abundance, taking up the running a long way from home and finding more for Aidan Coleman to hold off Hill Sixteen in a photo-finish to the Unibet Becher Chase.

In the gathering gloom, there was no mistaking the near-white nine-year-old as she answered every call to give her connections the biggest of thrills.

Trainer Charlie Longsdon was delighted to execute a long-held plan for the Fox-Pitts, one of Britain's best-known equestrian families, with a horse who had a Sir Percy filly foal while off the track between September 2017 and November 2019.

"It's not bad for a working mum," beamed Longsdon. "She's been a very special mare, winning in England, Ireland and France, and I'm lost for words.

"She's had legs twice; she's had foals, you name it, she's done it. But there she is again competing with the best. She's one in a lifetime for a yard like ours and it's absolutely great.

"She got lonely in front and nearly lost the race, but she jumped beautifully and was very clever the whole way round."

Snow Leopardess had opened up a sizeable lead crossing the Melling Road for the final time, but Hill Sixteen emerged as the main danger from the chasing pack and gradually reduced the deficit.

Having his second start for Sandy Thomson, Hill Sixteen harried Snow Leopardess from the last to the line and ultimately lost by just a nose.

"It was a bit tricky turning in and it was very breezy and she just wanted company, the poor thing," said Coleman. "I would have been absolutely sick if we'd got beat as I went from the best fun of my life to possibly not winning." 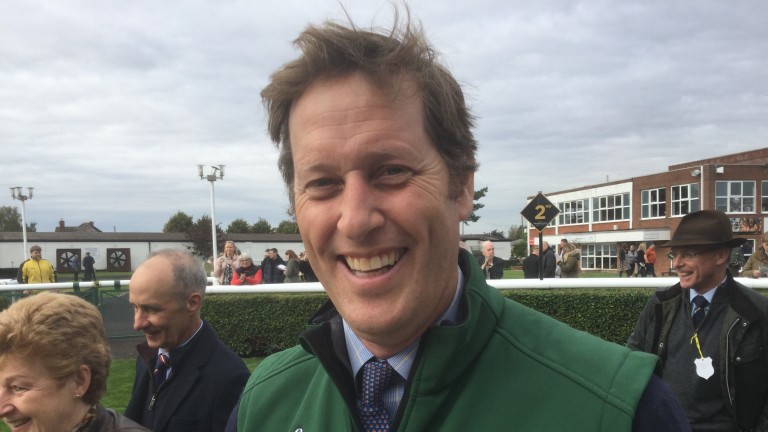 Charlie Longsdon: "It's not bad for a working mum"
David Carr

Some of the shine was taken off the victory after Coleman was suspended for seven days and fined £1,550 by the stewards for using his whip above the permitted level from after the second-last.

With the ban running from December 18-22 and 26-27, Coleman is set to miss key rides over the busy Christmas period, potentially including Epatante in the Christmas Hurdle at Kempton.

Snow Leopardess, who returned the 4-1 favourite, is a general 20-1 for the Randox Grand National, but is not a certain runner at this stage.

"I've no idea what she does now," said Longsdon. "I know the owner is wary of the Grand National, with 40 runners in the field. It's the obvious route and she'll have an entry, and it'll be watch this space."

The trainer will also be looking out for the two-year-old daughter of Snow Leopardess, who might come into training next season.

"It will be interesting to see if Snow Leopardess is still in training next season and if her daughter comes into training at the same time. They could both be in training together, which would be a rarity."