Liam Harrison back with a bang aboard impressive debuntante Hidden Beauty 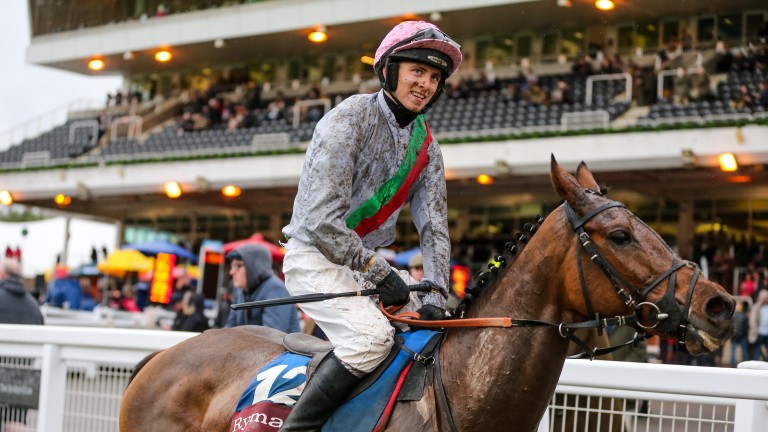 Liam Harrison: missed Cheltenham on Friday but returned from injury with a winner
John Grossick (racingpost.com/photos)
1 of 1
By Charlie Huggins UPDATED 7:08PM, NOV 17 2021

Liam Harrison bounced back from a brief injury layoff in style when he delivered debutante Hidden Beauty from last to first to take the mares' bumper in breathtaking fashion.

"You'd imagine Hidden Beauty would have to be very good to score from there," came the call from commentator John Hunt as Harrison, who had not ridden since falling from the Ben Haslam-trained Countister at Sedgefield last Thursday, found only one of his 15 rivals behind him approaching the home straight.

However, Harrison's confidence was rewarded as the Nick Brown Racing-owned filly cruised to the front to land the conditional jockey's third win from his last three rides for boss Fergal O'Brien.

O'Brien, who saddled his fourth winner in a row, said: "Liam had a bad fall at Sedgefield and he missed a winner at Cheltenham with Art Approval, so it's nice to get him back doing what he's doing.

"Nick Brown bought Hidden Beauty last year and Jason Maguire did a great job pre-training her, so it made our job a lot easier. I'm absolutely delighted with the way she did that today.

"Nick's had four runners with us this month and four winners. He deserves it as he runs syndicates very well and he's a big supporter of the yard and of racing full stop."

Sean Bowen, who rode his 50th winner of the season at Cheltenham on Friday, continued his superb form with a 71-1 double.

Bowen and the Neil Mulholland-trained Chinwag went one better than last month's second at Newton Abbot to score at the second attempt over fences in the feature 2m3½ handicap chase.

Bowen then justified 5-1 favouritism aboard Fairlawn Flyer in the 3m handicap chase for father Peter.

FIRST PUBLISHED 5:30PM, NOV 17 2021
Liam had a bad fall at Sedgefield and he missed a winner at Cheltenham, so it's nice to get him back doing what he's doing