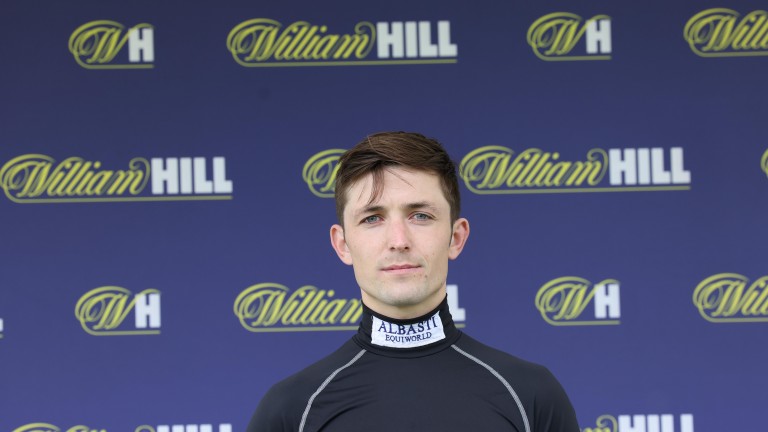 Jockey Kevin Stott will miss some key rides at Royal Ascot this week after being taken to hospital with an ankle injury after a stalls incident prior to the mile novice at the Yorkshire track.

Stott's mount, second favourite Noble Patron, trained by Simon and Ed Crisford, got upset while being loaded and was eventually backed out of the stalls but not before he had given the in-form jockey a nasty bang to his lower leg.

Noble Patron was immediately withdrawn and the jockey was seen to hobble away with the help of medical staff before being taken to a nearby hospital.

Stott, who has ridden 47 winners in 2021, had a clutch of rides for his boss Kevin Ryan over the next few days including two on Wednesday, the juveniles Mas Polder (Group 2 Queen Mary) and Boonie (Listed Windsor Castle Stakes).

His agent Richard Hale said on Tuesday evening: "Kevin went to James Cook Hospital at Middlesbrough for x-rays on his ankle and thankfully it did not show a break.

"He's still not able to put any weight on his foot, so he's having a CT scan on Wednesday. It's not great timing but hopefully he won't be out too long."

Supporters of Flotus in Friday's Group 3 Albany Stakes at Royal Ascot received a boost when one of her work companions Najat posted a stylish debut win in the opening 6f fillies' novice stakes.

Simon and Ed Crisford are just beginning to roll with their two-year-olds and the well-backed 5-2 favourite, who was supported from 5-1 in the morning, was always travelling best under Jack Mitchell.

Ed Crisford said: "Najat did that nicely and she worked with Flotus a couple of weeks ago so that gives us some encouragement for Friday and it's a great start to the week. She's pretty sharp having come from the breeze-ups and she's by Ardad who can do no wrong at present."

Mitchell later doubled up on King Triton, who landed the mile novice stakes for Roger Varian.

Liam Jones rode his third winner of the season and the first for his boss William Haggas when steering home Yojaari in the 7f novice stakes. Jones's task was made easier when favourite Asjad refused to enter the stalls.

FIRST PUBLISHED 6:00PM, JUN 15 2021
Najat did that nicely and she worked with Flotus a couple of weeks ago so that gives us some encouragement for Friday