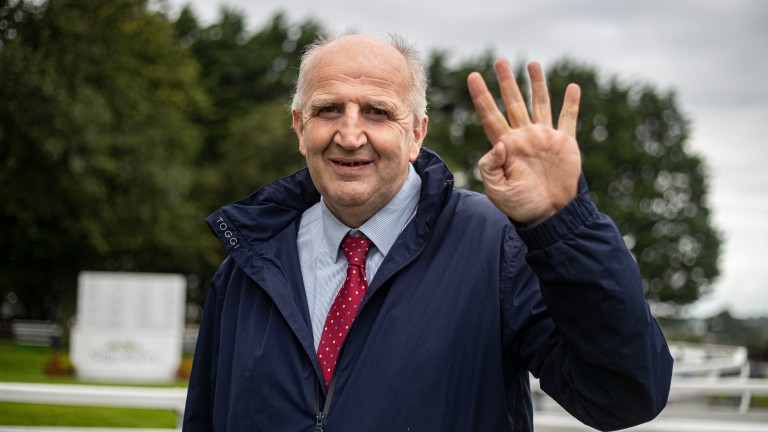 If any trainer was expected to register a four-timer at Sligo on Wednesday, you would have been forgiven for thinking it might be Gordon Elliott with his first four jumps runners since returning from suspension.

However, red-hot Tipperary handler John Ryan was an unstoppable force at one of his most lucrative tracks and recorded the first four-timer of his career at combined odds of 1,242-1.

Continuing what is already his best campaign – sitting fifth in the trainers' championship – Ryan believes he could have even landed a fifth winner on the card if 3-1 favourite That's Lifebuoy had not fallen at the third-last in the 2m4f beginners' chase.

"I've had trebles before but never a four-timer," said the elated trainer after Father Jed completed the feat in the concluding 3m1½f handicap chase. 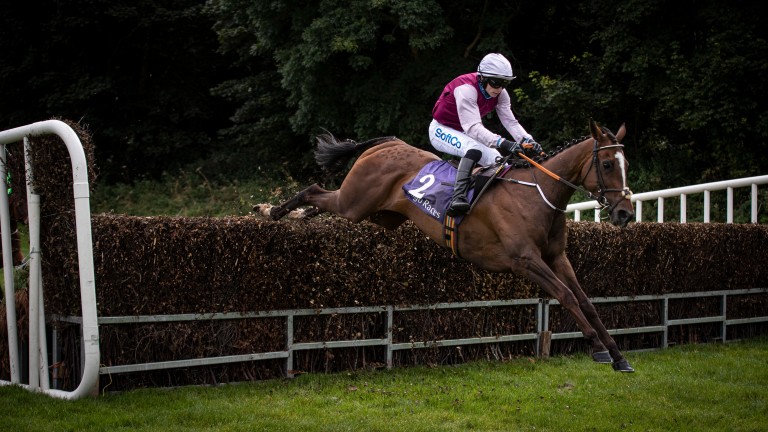 Kitty Galore: one of three winners for Sean O'Keeffe at Sligo on Wednesday
Patrick McCann (racingpost.com/photos)

He added of his well-backed mares' beginners' chase winner Kitty Galore: "We always knew she was going to be better over fences. There are a lot of two-mile chases around Thurles and Clonmel and I think she'd take a bit of whacking there."

"This horse has matured this year, is a fine jumper and looking at him going around the parade ring I thought he made the others look ordinary," said Ryan.

He added of ready 2m1f handicap chase winner Grange Walk: "He's a proper one and I think he would have won last time at Galway but for falling. He's only six and the sky is the limit for him."

Bryan Cooper, who has been the beneficiary of Danny Mullins' injury in riding plenty for the in-form trainer, was stood down for the remainder of the card after his fall from That's Lifebuoy, while Gavin Brouder also missed his remaining rides on the card after finishing last of five on Little Brother in the 2m1f novice handicap chase. 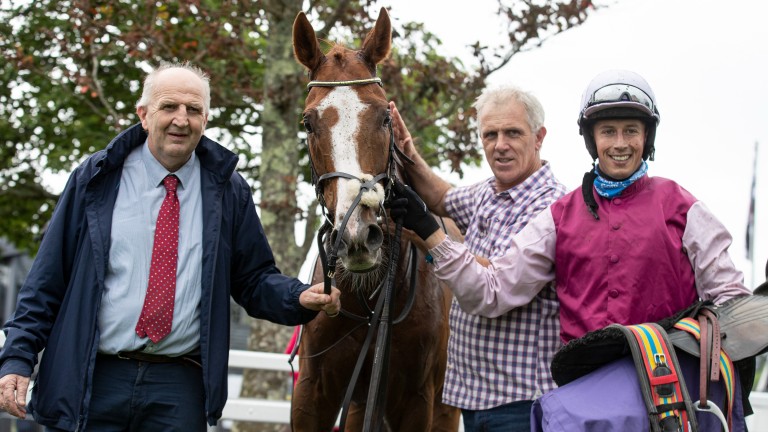 John Ryan on Grange Walk: "He's only six and the sky is the limit for him."
Patrick McCann (racingpost.com/photos)

Sean O'Keeffe stepped up to score on two spare rides arising from Cooper and Brouder's absences, bringing up his first career treble in the process.

"I thought Father Jed would win but That's Lifebuoy was my biggest certainty of the day," Ryan said after his lucrative afternoon at the Connacht track came to a close.

"Bryan thought she would have won. She got a nice cut on her head and I hope Bryan is okay – I need him for Listowel. I'm hopeful he'll be okay."

If Ryan was unfortunate not to pick up one winner with his fancied faller, he had plenty of luck on his side for Father Jed's success given 8-15 favourite Favori Logique's dramatic exit at the last.

Having beaten Father Jed by ten lengths at Ballinrobe last week, the Ross O'Sullivan-trained six-year-old looked to have the race in safe keeping before clipping the top and coming down as he sought a fourth win in a row.

FIRST PUBLISHED 6:48PM, SEP 15 2021
He's a proper one and I think he would have won last time at Galway but for falling. He's only six and the sky is the limit