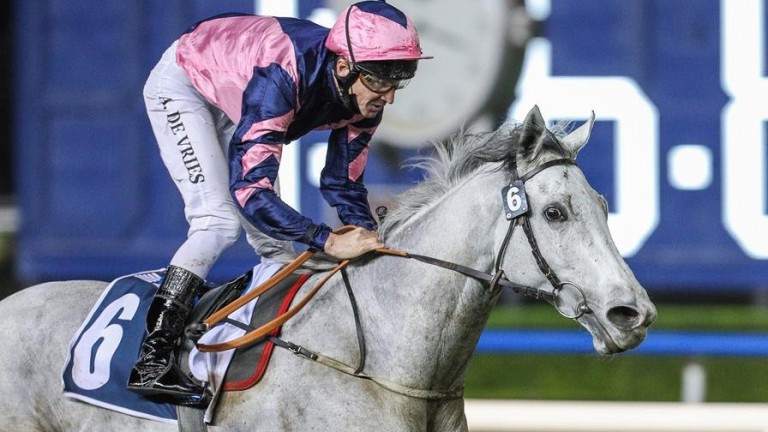 Lord Glitters continued his superb run of form in Dubai this winter with a last-gasp success in the Group 1 Jebel Hatta under Danny Tudhope at Meydan on Super Saturday.

The eight-year-old, successful in a Group 2 at the track in January, was ridden with typical patience by Tudhope before swooping late inside the final furlong.

The victory was a first at the top level for Lord Glitters since his memorable success in the Queen Anne Stakes at Royal Ascot in 2019.

The Dubai Turf on World Cup night will be the next target for Lord Glitters and Tudhope said: "He still feels the same as he always has. He was in great shape before he got out here. He's an eight-year-old but the ability is still there and he looks a big danger for the Dubai Turf.

"I was more worried about getting a run but when Al Suhail drifted to his right in the closing stages it allowed me to slip up the inside."

After the race Tudhope paid tribute to Geoff Turnbull, the owner of Lord Glitters and of the successful Elwick Stud, who died last summer.

"It's a very emotional night to be honest," the jockey added. "Geoff was lovely guy who put plenty of money into the game and his horses deserve as much luck as they can get."

Walton Street followed up his Listed success in January with another dominant performance at Meydan when punishing his six rivals in the Group 2 Dubai City of Gold for Charlie Appleby.

The seven-year-old broke the track record on his first start of the year and and matched the time again to put three and a half lengths between himself and runner-up Dubai Future.

Winning rider William Buick said: "He is just in really good form and the team has done really well with him. When horses reach that age they need that extra love and care. 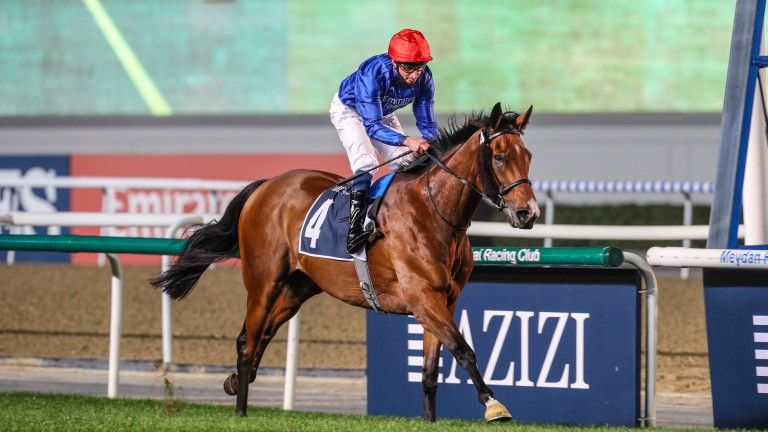 Walton Street: backed up his recent Meydan success (pictured) with victory in the Dubai City of Gold
Cedric Lane

"This race is a very good guide for the Sheema [Classic, on Dubai World Cup night], but he hasn’t quite got the same profile as Hawkbill or Old Persian had when they won this race. This horse has lots to live up to, but a lot going for him."

The John Gosden-trained Dubai Warrior, winner of last year's Winter Derby at Lingfield, failed show his best under Frankie Dettori and finished tailed off in fifth.

Salute The Soldier enhanced his credentials for next month's Dubai World Cup with Group 1 success in the third round of the Al Maktoum Challenge.

Pushed into an early lead by Adrie de Vries, the son of Sepoy turned for home travelling comfortably before being pushed out to win from Hypothetical.

Trained by Fawzi Nass, the six-year-old won round two of challenge in fine style and is now as short as 9-2 with Paddy Power to complete a hat-trick on World Cup night.

FIRST PUBLISHED 4:16PM, MAR 6 2021
He was in great shape before he got out here. He's an eight-year-old but the ability is still there and he looks a big danger for the Dubai Turf