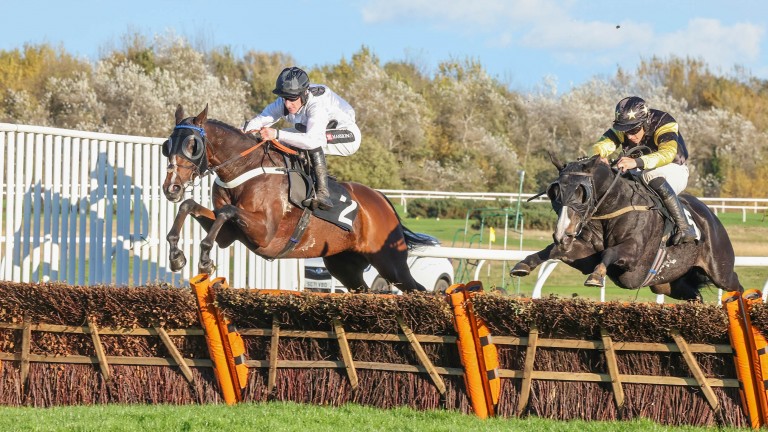 Constancio: (left) part of a five-timer for Brian Hughes and a fourth winner for Donald McCain
JOHN GROSSICK
1 of 1
By Arvin Chadee UPDATED 10:38AM, OCT 31 2021

While his leading pursuers were riding elsewhere at Wetherby and Ascot, Brian Hughes was busy strengthening his chance of regaining the jockeys’ championship by landing a 285-1 five-timer which included four winners for Donald McCain.

The pair got off to the perfect start when Minella Plus took the opening 1m7½f novice hurdle, bringing up 50 winners for the season for McCain.

"It’s been a lucky track for me and I love the place. A lot of the trainers I ride for are successful here." Hughes told Racing TV.

Similarly, McCain illustrated his fondness for the Scottish track when sending previous course winners Morraman and Gaelik Coast to victories in the 3m handicap hurdle and 2m4½f handicap chase respectively.

Constancio completed a 65-1 four-timer for the trainer as Hughes repelled the late challenges of Sarvi and Gemologist to strike in the 1m7½f handicap hurdle by a length.

Hughes completed a superb day's work by guiding the Rebecca Menzies-trained Kopa Kilana to a winning debut in the bumper.

Hughes, who has had 82 winners already this season said of the five-timer: "I had one five years ago. They’re hard to come by so I’m very appreciative of getting it."

FIRST PUBLISHED 6:30PM, OCT 30 2021
I had one five years ago. They’re hard to come by so I’m very appreciative of getting it