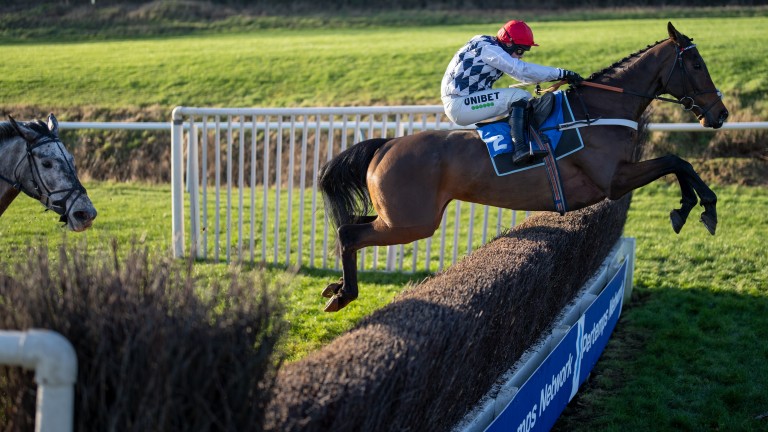 Dusart clears a fence on the way to victory on his chase debut
Edward Whitaker
1 of 1
By Jack Haynes UPDATED 6:37PM, JAN 12 2022

Grade 1-placed novice hurdler Dusart remains a 25-1 shot with Paddy Power for the Turners Novices' Chase at the Cheltenham Festival after an ultimately decisive win on his chase debut.

Success for Dusart, who had not been seen since finishing third in the Top Novices' Hurdle at Aintree last season, was not without a scare having been headed by eventual runner-up Sail Away in the home straight before his stamina told. Barnaviddaun, his other rival, unseated at the third-last when in contention.

In the end, Dusart's class came to the fore for a five-length success on just his third career start, although it was not the stiffest test of his jumping with all the fences in the back straight, bar the water jump, omitted due to low sun.

Trainer Nicky Henderson said: "It wasn't ideal to have the fences out, but he had a good blow and jumped pretty well in the main, besides jumping to his left a little, which he has never given any indication of before.

"Nico [de Boinville] couldn't pull him up afterwards so it was certainly nearer the right trip for him. We've got to get him some more experience, so we'll try him the other way round next time." 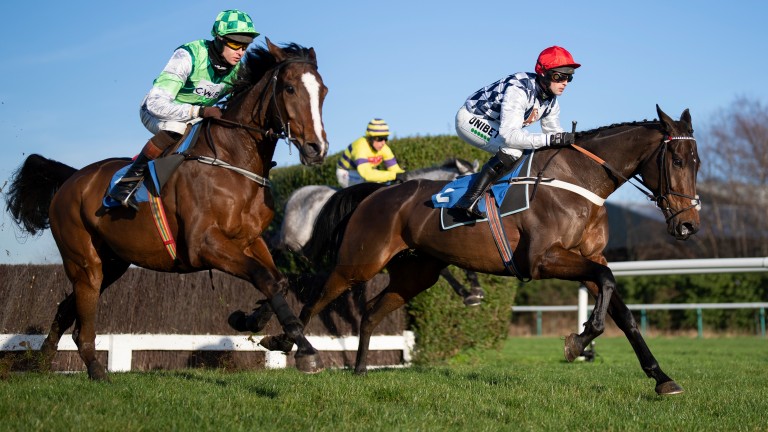 De Boinville said: "I was happy enough with that for his first start over fences and he's going to want every yard of that trip. The opposition used their speed against him, but when I gave him a couple of cracks he really responded. He's still a big baby, but all the ability is there. He's a lovely horse and we're still learning about him."

While Dusart justified 2-7 odds, Zambella was beaten at 4-11 when denied back–to-back wins in the Listed mares’ chase on the Pertemps-sponsored card by the Stuart Edmunds-trained Maskada.

The Michael Kehoe-owned six-year-old kept on pluckily to score by a length and a quarter under Ciaran Gethings.

Edmunds said: "The ground was key to her and she jumped great. She was a bit too brave on her chase debut, but has come on since then and been running well with the form stacking up. It was a good performance and she's certainly not shabby." 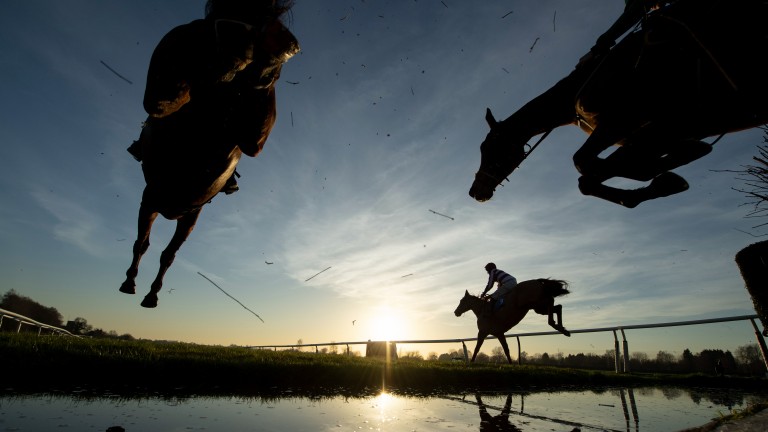 Half of Chris Gordon's runners in December finished in the first four without winning, but the Hampshire trainer's luck has taken a turn for the better this month, and Only Money continued the yard's good form in the 2m novice handicap chase.

Only Money, a nine-length winner under Tom Cannon, was a fifth winner from 18 runners for Gordon since the turn of the year.

Cannon said: "Chris had a frustrating December with several head-bobbers going against him. If this was last month he probably would have finished second, but the horses are in great form now."

Conditional Lilly Pinchin started a new job with trainer Richard Hobson on Monday, and she rode a winner for her boss aboard future cross-country prospect Family Business, owned by Stoneleigh Racing, in the 2m4f handicap chase.

FIRST PUBLISHED 2:37PM, JAN 12 2022
The opposition used their speed against him, but when I gave him a couple of cracks he really responded

One trainer, one jockey, one horse and one race to watch on Saturday Shishkin triumph was redemption for Nicky Henderson - and Lambourn loved it 'An absolute gem of a contest' - Leighton Aspell with his big-race verdict Shishkin is triumphant on a day when it was good to have shares in goosebumps Clarence House analysis: start was crucial in giving us the contest we craved Next stop Supreme? Unbeaten Jonbon pushed out to 4-1 after Haydock win